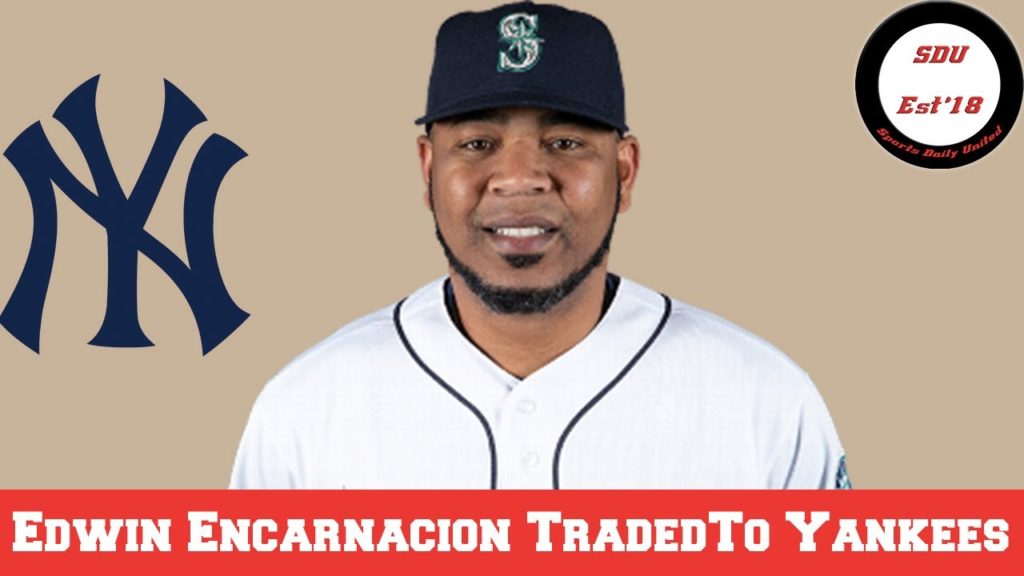 Edwin Encarnacion traded to the Yankees

The Seattle Mariners have traded Edwin Encarnacion to the New York Yankees, sources familiar with the deal told ESPN.

The Mariners are including significant money on Encarnacion’s contract, which includes a $20 million club option with a $5 million buyout for the 2020 season. In exchange, the Yankees send minor league pitcher Juan Then to Seattle. Then, 19, was previously acquired by the Yankees from the Mariners in 2018.

Encarnacion, 36, leads the American League with 21 home runs this season. He has missed Seattle’s past three games because of back soreness.

The Dominican slugger is a three-time All-Star and has recorded at least 32 home runs and 98 RBIs in each of the past seven seasons.

He was in his first year with Seattle after the Indians traded him for Carlos Santana and cash in December as part of a three-team trade that also saw Jake Bauers move from Tampa Bay to Cleveland.

Encarnacion has 18 career home runs at Yankee Stadium, his second most at any stadium that he has not previously called home (trailing only Fenway Park).

The Yankees, meanwhile, have hit 108 home runs this season, tied for seventh-most in the majors. But that total has come largely without Aaron Judge (five) and Giancarlo Stanton (zero), both of whom have been injured and are currently rehabbing at Triple A.