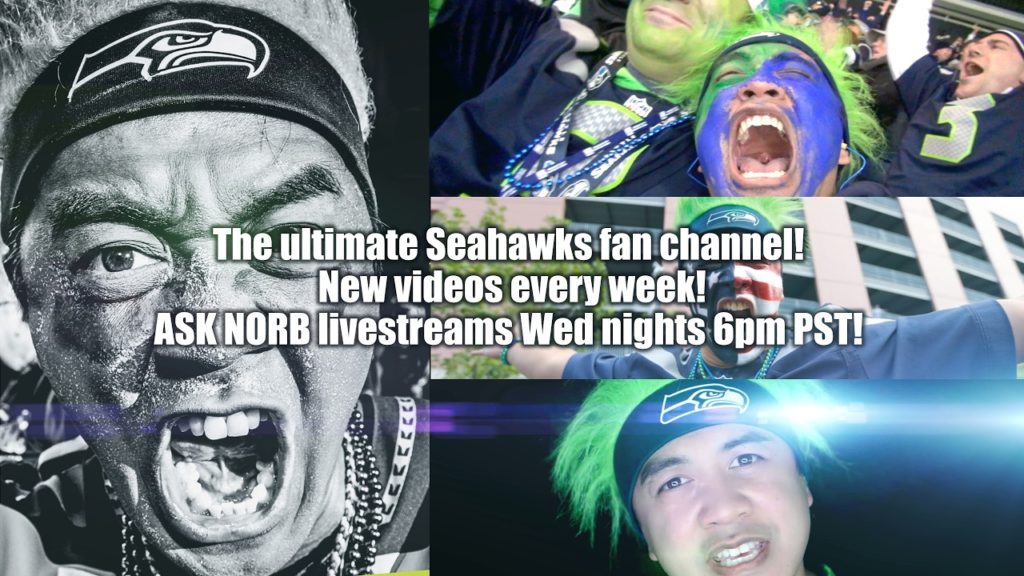 Charity work:
In 2014, I became friends with “Save Our Seahawks” legend, Mark Collins, and co-founded 12s Helping 12s – an organization dedicated to helping Seahawks fans in need. Every year, we host “Hawk Fest”, an offseason charity fundraiser that features me & Mark performing live on stage together. We visit schools around the Puget Sound area to give Seahawks memorabilia and to promote positive messages. During the holiday season, we give $250 and $100 grants to families in need and provide groceries and supplies to families of cancer patients. We raised money to help purchase a wheelchair van for a Seahawks fan who was paralyzed in a devastating car crash. We’ve also raised funds and collected supplies for the homeless and the victims of the destructive forest fires.