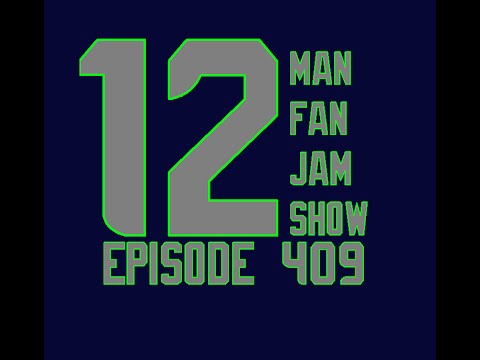 Seahawk fans are you ready to watch your Seattle Seahawks beat the Los Angeles Rams?

Why not get ready for the Seahawks/Rams game and check out the 12 Man Fan Jam Show, a show made up of Seahawk fans just like you from around the world talking Seahawk football?

In the first quarter of this episode, Will reveals in his news who has disgusting eating habits and who receive good news. Meanwhile, Moses shares how educators in Indiana handle rejection.

In the second quarter we recap the Seahawks victory over the Dolphins and caption a Blue Thunder version of “Caption That Picture”.

At halftime, it’s another award winning version of the best Seahawk themed game that you the viewer can play along with…. It’s 12 MAN FAN JAM SHOW HALFTIME TRIVIA. Can Dustin keep his crown?

In the third quarter we discuss the upcoming game between your Seattle Seahawks and the Los Angeles Rams .

In the fourth quarter, we make our predictions, prognostications, and gameballs for the upcoming game between your Seahawks and the Rams. Meanwhile, Moses reveals three ways Rams fans are perfect for Los Angeles.

All of this plus Will reveals his big brains, Matt reveals his ability to measure in miles, and Dustin reveals his awesomeness… Like, share, and subscribe, won’t you?