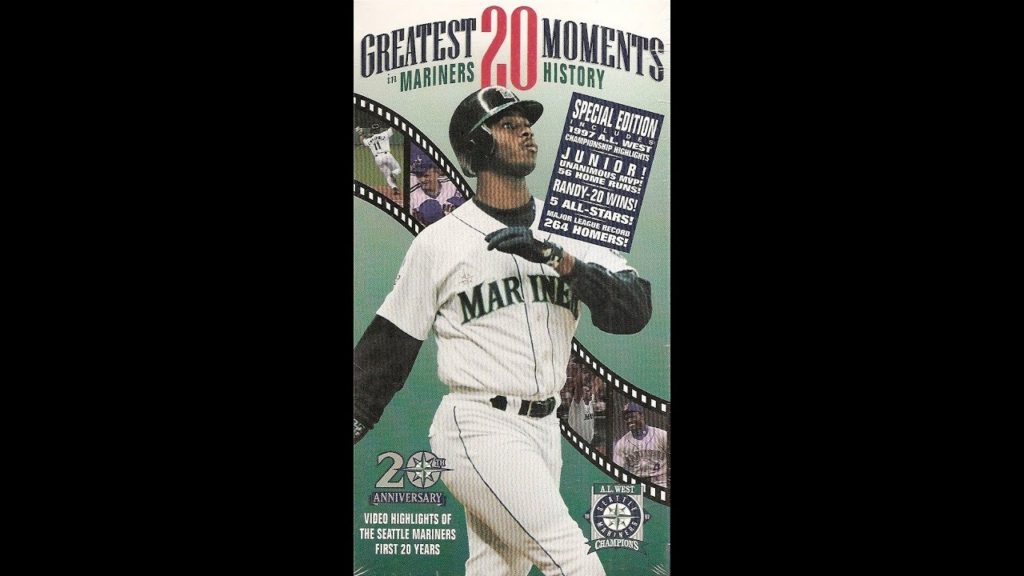 Description on back:
‘In 20 seasons, the Seattle Mariners have experienced some of the greatest moments in baseball history. From Diego Segui’s first pitch on April 6, 1977 to Alex Rodriguez’ batting title and breakout season at shortstop in 1996, the Mariners have created baseball memories that will last a lifetime. Now, for the first time, these magical moments are contained in one video–The 20 Greatest Moments in Mariners History.

Join Mariners broadcasting legend Dave Niehaus for a look back at video highlights of the Mariners first twenty years, including:

Added to assist the fans and team via YouTube with a digital preservation and transfer in the 40th Anniversary season. The first two of three VHS tapes, 1995 and 1996, have been available on YouTube elsewhere.