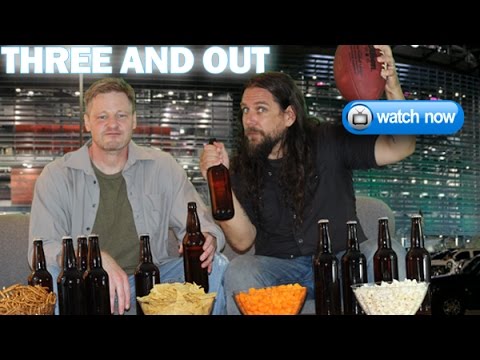 3 And Out: Week 6-The Football Radio Show

Welcome to 3 And Out where we take a look at three of the biggest games from the upcoming week. The 2016 football season is slipping away, it’s slipping away, man. However, Casey and Dave are still completely stoked to fire up even more football awesomeness. The 3 And Out of Week 6 opens up with two AFC Playoff teams from last year. It’s Tom Brady and the 4-1 New England Patriots hosting Andy Dalton and the 2-3 Cincinnati Bengals. Last week Tom Brady kicked the crap out of one of the Ohio teams, he’s got his mind set on doing it again to the other one this week. Up next it is a grimy AFC West battle as Derek Carr and the 4-1 Oakland Raiders host Alex Smith and the 2-2 Kansas City Chiefs. The Black Hole is gonna be rocking’ and a Raiders win would go a long way in deciding how the West will be won. We finish up 3 And Out with a battle between two NFC heavyweights. It’s Russell Wilson and the 3-1 Seattle Seahawks hosting Matt Ryan and the 4-1 Atlanta Falcons. Matty Ice has been red hot and the Falcons are coming off a huge win over the Broncos. The Hawks are coming off a bye, which was good news for DangeRuss who has been dealing with an ankle injury. So much NFL goodness. Get your fix right here with Casey and Dave as we go 3 And Out!