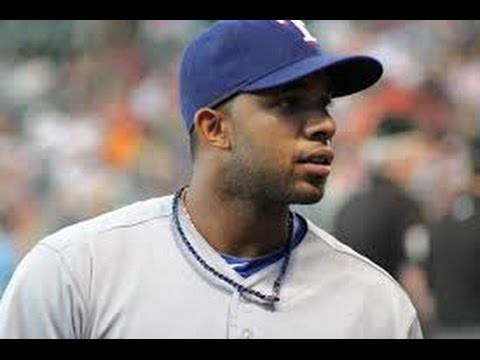 Andrus has HR, 3 doubles to pace Rangers past Mariners 10-7

Andrus has HR, 3 doubles to pace Rangers past Mariners 10-7

lvis Andrus had a homer and three doubles, Jonathan Lucroy hit a two-run homer and the Texas Rangers held off the slumping Seattle Mariners 10-7 on Tuesday night.

Texas, which leads the AL West by 8 ½ games, had a season-high seven doubles among its 15 hits and won for the eighth time in 10 games.

Martin Perez (10-10) allowed four runs — two earned — and seven hits in six innings to win for the third time in his last 13 starts. Sam Dyson pitched the ninth for his 32nd save.

The Rangers snapped a 4-4 tie with three runs in the fifth. Lucroy chased Paxton with his ninth homer since joining the Rangers — he had 13 with Milwaukee prior to the Aug. 1 trade. Drew Storen relieved and gave up doubles to Andrus and pinch-hitter Mitch Moreland.

Andrus opened the seventh with his fifth home run off Arquimedes Caminero to make it 8-4. Seattle cut it to 8-6 in the bottom on a bases-loaded walk to Kyle Seager and Leonys Martin’s sacrifice fly.