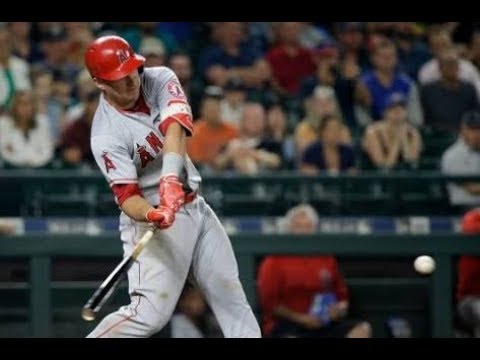 The Angels beat them both on Thursday.

After blowing a three-run lead they had taken against Paxton, the Angels came back and scored three runs on a Mike Trout bases-clearing double against Diaz, beating the Seattle Mariners, 6-3, in the first game of a four-game series.

The Angels are now just one game behind the Mariners and Tampa Bay Rays, who are tied for the second wild card.

“It’s huge,” Trout said. “We keep picking each other up. There’s not one guy in here who isn’t part of this. We come to the ballpark ready to win.”

They certainly would have preferred not to win this way though. It would have been so much tidier if they’d simply held the 3-0 lead they carried into the eighth, on the strength of Tyler Skaggs’ 6-1/3 innings and homers by C.J. Cron and Andrelton Simmons against Paxton, who had allowed only five homers all year.

But they had to do it the hard way, instead.

Bud Norris, who is struggling so much now that his role going forward is unclear, gave up a Jean Segura homer and a Nelson Cruz two-run homer, erasing the three-run lead in the eighth.