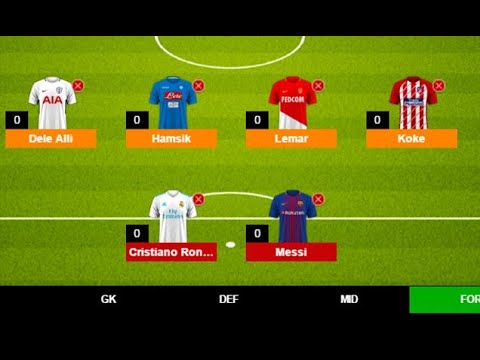 Breaking News – Scoring starts this Friday (August 18) in the MailOnline’s European Super League Fantasy Football game, so what are you waiting for?Join now and spend your £75million budget on players from the Premier League, Bundesliga, Ligue 1, Serie A and even the Eredivisie.Use your knowledge of football on the continent, or just take a punt on a bunch of strikers to get loads of goals in Holland… Vincent Janssen bagged 27 in the Dutch league a couple of years ago after all!It’s free to play and the Manager of the Year will win a brilliant VIP Euro Match Day Experience for two.There are also weekly and month prizes to be claimed in the former of Mail Credits.Each Manager of the Week will receive 3,800 Mail Credits, while the there will be 5,000 for the boss who gets most points each month.Mail Credits can be used to unlock additional transfers in any of our Fantasy Football games, including our £30,000 Premier League game.The scoring system is exactly the same as in our other Fantasy Football games.The opening round of Premier League fixtures didn’t count, but this weekend’s will.Make sure to register before Friday evening, especially if you plan to pick any players from Bayern Munich or Monaco, who are playing Bayer Leverkusen and Metz respectively that night.How to do I play MailOnline’s European Super League Fantasy Football game?Thanks for asking…Just visit fantasyfootball.dailymail.co.uk and follow the instructions.If you’ve already picked a team for our Premier League game, log in, click Change Team at the top of the page, then Create New Team at the bottom of the next.Pick a team of 11 players and that’s it!
————————————————–
Source:
http://www.dailymail.co.uk/sport/football/article-4792268/Play-MailOnline-s-European-Super-League-Fantasy-Football.html?ITO=1490&ns_mchannel=rss&ns_campaign=1490