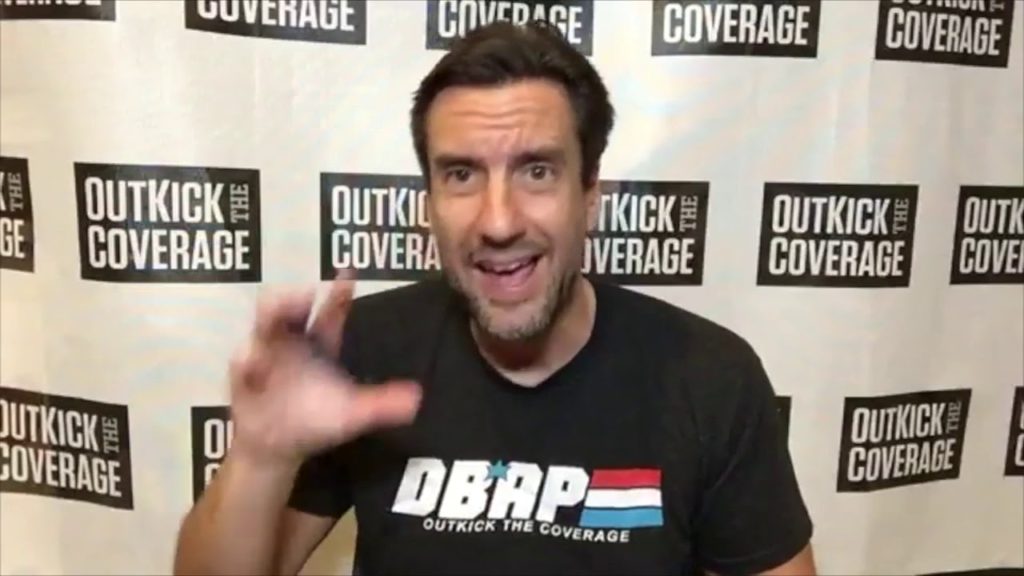 On today’s Outkick the Show, Clay Travis commented on the CFP rankings with Georgia at 4, Clemson at 3, LSU at 2, and Ohio State at 1. According to Clay, if Georgia beats LSU they are in, but if they don’t it will Utah if they can defeat Oregon in the PAC-12 championship. If Utah loses, however, then the winner of the Big 12 will slide in to #4.

Clay Travis then gave his top 5/bottom 5 in the NFL this week:

Clay Travis went on to discuss the Seattle Seahawks’ victory over the Minnesota Vikings on Monday Night Football. Clay bemoaned the current structure of the NFL playoffs which rewards mediocrity with the division champions receiving home-field advantage even when their record is lesser than more successful teams in better divisions.

Clay Travis then announced that Kamala Harris has dropped out of the race after surging to the top following her attack on Joe Biden during the first debate. After becoming the favorite — according to the odds market, early on — she has collapsed to the point of surrendering before a single vote in the primary has been cast. There is a possibility she could be Biden’s running mate, said Travis.

Finally, Clay Travis talked about Ron Rivera losing his job as head coach of the Carolina Panthers. Clay believes Ravens’ OC Greg Roman might be the best choice for the Panthers moving forward. Clay also suggested that Roman’s former QB, Colin Kaepernick, while in San Francisco, might be a strong replacement for Cam Newton as QB to become THE woke NFL franchise.