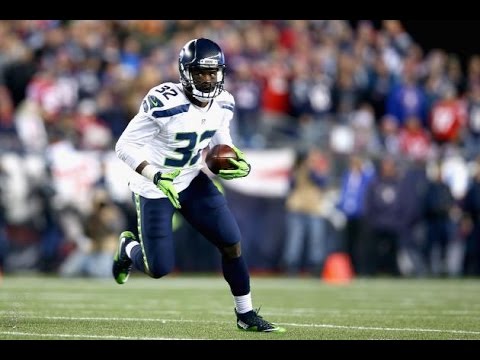 The Seattle Seahawks are coming off of a big win against the New England Patriots on Sunday Night Football, where C.J. Prosise had a big game. Tuesday, the team waived running back Christine Michael, according to ESPN’s Field Yates.

Prosise, a rookie out of Notre Dame, had gotten few carries in the four previous games he’s played in with the Seahawks, but had 17 carries for 66 yards, as well as seven receptions for 87 yards on Sunday night.

The team is also expected to get Thomas Rawls back in Week 11 against the Eagles after being out since Week 2 with a hairline fracture in his fibula.

Perhaps it shouldn’t have been that much of a surprise. Running backs coach Sherman Smith addressed the media in late October and appeared to questioned the effort of Michael.

“We don’t coach running out of bounds,’’ Smith said, via the Seattle Times. “Particularly if that yard makes a difference. Now I would tell a guy ‘you run out of bounds if you are going to get banged up and you get an extra yard and it’s second-and-nine.’ That makes no sense. But if it’s to get a first down or a touchdown, you go get it.’’

Michael had seen his carries go down over the course of the past four weeks. His yards per attempt started to go down in Week 4, and since then, things were never quite the same for him and the Seahawks, who had very concerning struggles on offense.

Selected by the Seahawks in the second round of the 2013 NFL Draft, Michael was traded to the Dallas Cowboys in September of 2015, then waived in November later that season. Washington picked him up for their practice squad, but he was cut the next month. A day later, he re-signed with the Seahawks.

This is nothing new for Michael, who will very likely be picked up somewhere else.
With C.J. Prosise coming off a breakout game and Thomas Rawls set to return from injury, the Seattle Seahawks elected to waive running back Christine Michael on Tuesday, per ESPN’s Adam Schefter.

Field Yates of ESPN confirmed Michael’s release through a source.

Ian Rapoport of NFL Network clarified that Michael’s release was a football decision and not because of an off-field incident. Rapoport said “Rawls is better” when comparing the two running backs, while Schefter noted Rawls is ready.

Rawls tallied 830 rushing yards and five total touchdowns in 13 games last season but has just 25 yards on 19 carries this year. According to Bob Condotta of the Seattle Times, Seahawks head coach Pete Carroll said Rawls will return for Sunday’s game against the Philadelphia Eagles if he remains healthy through practice.

Rawls suffered a hairline fracture in his fibula during a Sept. 18 game against the Los Angeles Rams.

The Seahawks gave Michael ample opportunities after Rawls’ injury, and he started the next six games. The 26-year-old appeared to be well on his way to a productive season when he notched 106 rushing yards and two touchdowns on Sept. 25 against the San Francisco 49ers, but that was the only time this year he reached the 70-yard plateau on the ground.

He ran for a measly one yard on five carries against the Buffalo Bills in Week 9, and Seattle benched him for Prosise for Sunday’s game against the New England Patriots.