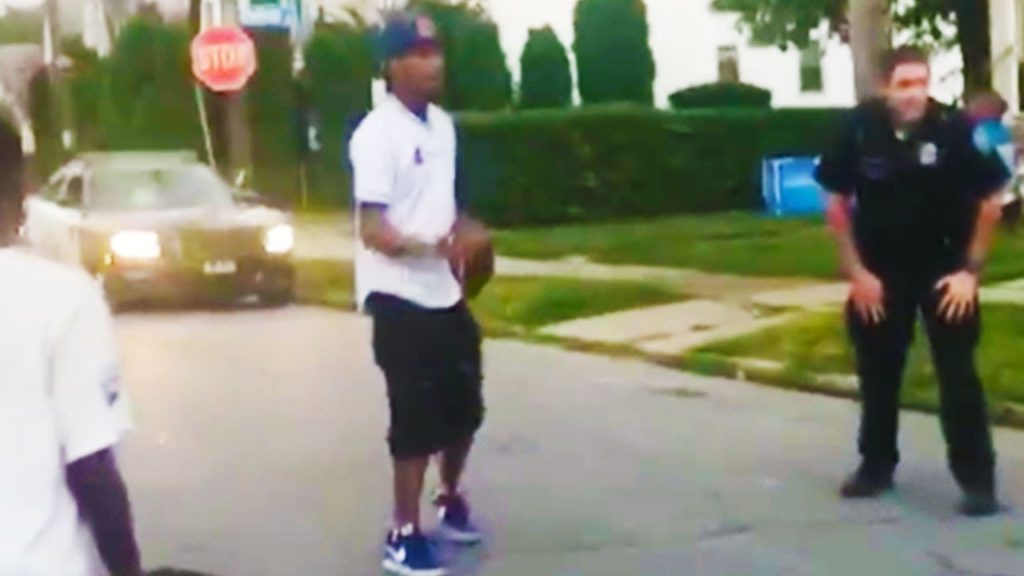 Buffalo police were called to break up a neighborhood football game but did something else instead. Cenk Uygur and Ana Kasparian, the hosts of The Young Turks, show you good policing. Tell us what you think in the comment section below. https://tytnetwork.com/join/

“One Buffalo cop is being praised because he joined a group of African American teens playing football instead of shooting them.

After a noise nuisance call came in about kids playing ball in the streets, police Officer Patrick McDonald walked from his car immediately asking the kids “Where are we lining up?”

Videos of the game are going viral, especially the video that shows his response after makeing an excellent catch, NYUp.com shared.

“Do you guys want me to file a police report, because you just got robbed?!” he said. The officer then pulled away in his cruiser.

Videos on Facebook have been shared over 1,000 times and celebrated by Buffalo Mayor Byron Brown who called it “Community policing at its best.”

Download audio and video of the full two hour show on-demand + the members-only post game show by becoming a member at http://www.tytnetwork.com/join/. Your membership supports the day to day operations and is vital for our continued success and growth.