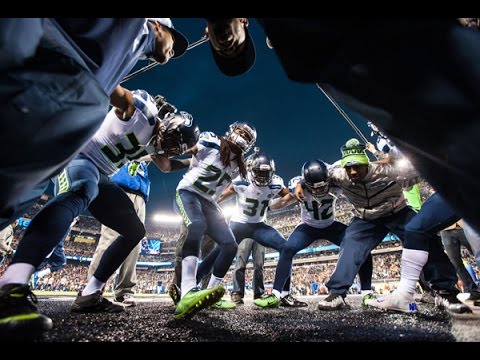 They proved why once again Sunday in a 26-24 victory over the Atlanta Falcons.

With 4:47 left in the fourth quarter, it looked like this just wasn’t going to be the Seahawks’ day. Steven Hauschka’s potential game-tying extra point was blocked and Seattle trailed 24-23. But Carroll’s philosophy is that something good is always just around the corner if the team keeps playing hard.
And with a little help from Julio Jones, his words rang true. Matt Ryan looked for Jones on a slant with 3:57 left, but the ball bounced off the receiver’s hands. Richard Sherman then tipped it and Earl Thomas, who played a brilliant game, came down with the interception.

On the Seahawks’ ensuing possession, Russell Wilson somehow avoided getting sacked by two Falcons defenders, lofted a pass over Vic Beasley Jr. and connected with Alex Collins for a 9-yard completion. Hauschka went on to kick the game-winning 44-yard field goal.

It was a rough day for the defense, but with the game on the line, the Seahawks got a stop. Thomas broke up a pass over the middle. DeShawn Shead forced an incompletion down the sideline. And Sherman broke up a downfield pass intended for Jones.

This was the 93rd consecutive game under Carroll in which the Seahawks either led or were within one score in the fourth quarter. They have proven to be a nearly impossible team to put away. And when breaks go their way, they showed once again that they will capitalize.

Before matchups against the Arizona Cardinals and New Orleans Saints, they have plenty to figure out. For starters, the Seahawks need to figure out what happened in the third quarter when Ryan threw for 220 yards and three touchdowns. They need to address the severity of Michael Bennett’s knee injury and Kam Chancellor’s groin injury. Offensively, the run game needs to gain a lot more consistency.

But those things will be easier to do with the team possessing a 4-1 record.