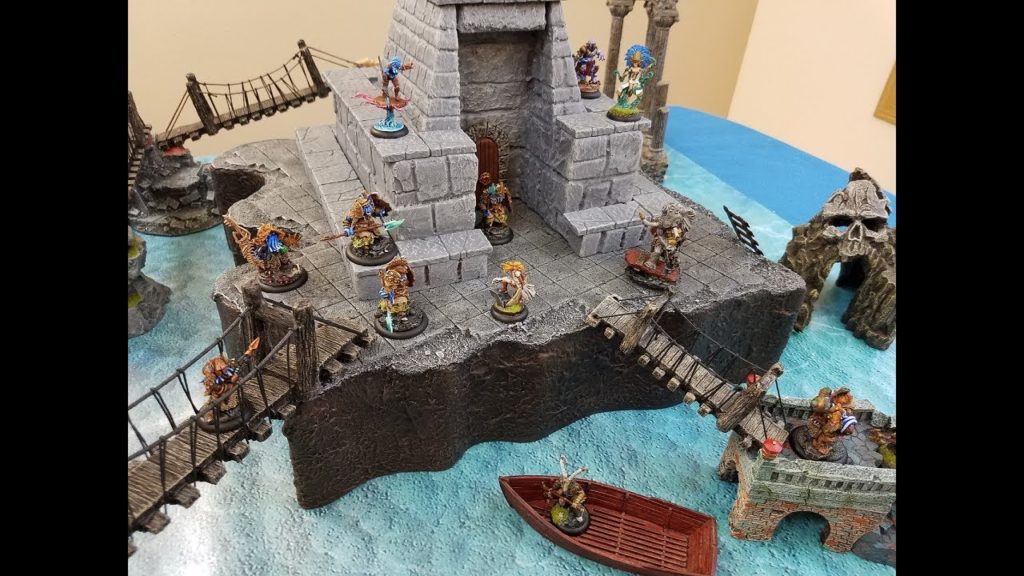 In our 9th battle report in the Abyssal Realms, the Dark Mariners push forward with their evil plan for ShadowSea domination by attempting to steal a powerful artefact of ethereal summoning from the partially submerged ziggurat of T’chexon’ihal, near Blood Reef. Will Lithiana and her merciless band of Dark Mariners capture the artefact, or will the Axibalan Empire protect the ziggurat and the mysteries it contains.

Errata:
– Lithiana does not have the Leader special rule, and so when she died, the warband did not have to take a morale check. Only models that are the warlord and are a Leader will cause a warband-wide morale check. Luckily the impact was relatively low on the Dark Mariners forces when we did this rule incorrectly.