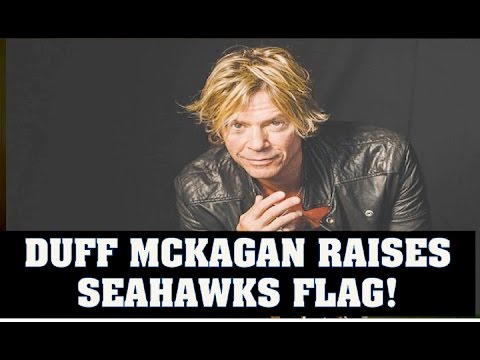 In April 1990, the classic lineup of Guns N’ Roses played its final show. The occasion was the nationally televised Farm Aid concert, a disastrous set that included, among several bizarre highlights, , and Axl Rose ending the live broadcast with a climactic “.” It was the mark of a band breaking apart.

Why did Slash sneak a mountain lion into the Four Seasons?
Amazingly, though, the imploding GN’R were in the midst of an artistic surge. One of the songs played at Farm Aid (in a version hampered by Adler’s inability to learn it) was “Civil War,” a sweeping epic that would eventually open the second disc of the massive 30-song, two-and-a-half-hour opus they were hard at work on throughout 1990 and ’91. Slash would later liken Use Your Illusion I and II to the Beatles’ White Album (though “maybe not as good”), a titanic mix of gritty ragers, passionate rock-opera ballads and decadent screeds – from the failed-relationship triptych of “Don’t Cry,” “November Rain” and “Estranged” to the rock-critic indictment “Get in the Ring” to the misogynistic double-header of “Bad Obsession” and “Thirty-five of the most self-indulgent Guns N’ Roses songs,” Slash said. “For most bands, it would take four to six years to come up with this much stuff.” Like the White Album, it was brilliance created amid collapse.
The band began seriously considering a follow-up to Appetite for Destruction in the summer of 1989, during a fruitful writing session that took place in Chicago. Izzy Stradlin, who had recently sobered up and often traveled separately from his bandmates, was especially productive. “Izzy has brought in eight songs – at least,” Rose said in 1990. “Slash has brought in a whole album. I’ve brought in an album. Duff [McKagan] knows everybody’s material backwards. So we’ve got, like, 35 songs we like, and we want to put them all out, and we’re determined to do that.” Discussing his newfound sobriety, Stradlin reflected, “I just reached a point where I said, ‘I’m gonna kill myself. Why die for this shit?’ ”
The Chicago meeting spawned, among other songs, “Estranged” (about Rose’s divorce from Erin Everly, daughter of rock & roller Don Everly), the rocker “Bad Apples” and the bondage jaunt “Pretty Tied Up.” While there, they also fleshed out “Get in the Ring,” the frustration anthem “Dead Horse,” McKagan’s tribute to deceased New York Doll Johnny Thunders “So Fine” and the doomy, 10-minute headbanger “Coma,” notable for Rose’s most dramatic and literal lyric in the GN’R catalogue: “Pleeease understaaand me.”
GN’R began recording in earnest in January 1990, a little over a year after the release of Lies, with an attempt at capturing “Civil War,” a tune they’d sketched out in 1988 and later donated to a compilation

Guns N’ Roses, Guns N’ Roses Use Your Illusion, Use Your Illusion, Use Your Illusion sessions, Guns N’ Roses Rolling Stone
Axl Rose and Slash in Rio De Janeiro, 1991. Kevin Mazur/WireImage/Getty
Nevertheless, the band pushed forward. It solved the drummer problem by recruiting Matt Sorum, of hard rockers the Cult – a band whose affinity for Stones-y riffing and trippy lyrics put them in the same league as GN’R at the time. “He was fucking amazing,” Slash wrote in his autobiography, recalling a Cult show he attended in April 1990.
Around the same time, Rose brought in keyboardist Dizzy Reed. Reed had known the group since its earliest days, when a band he was in practiced in a space next to GN’R’s studio. In early 1990, he called Rose in a panic. Reed, who’d previously auditioned for GN’R, told the singer he’d soon be homeless; Rose offered him a job. “They fucking saved my life,” Reed said. Reed would become the only musician other than Rose to stay in the band in the years leading up to its current reunion.