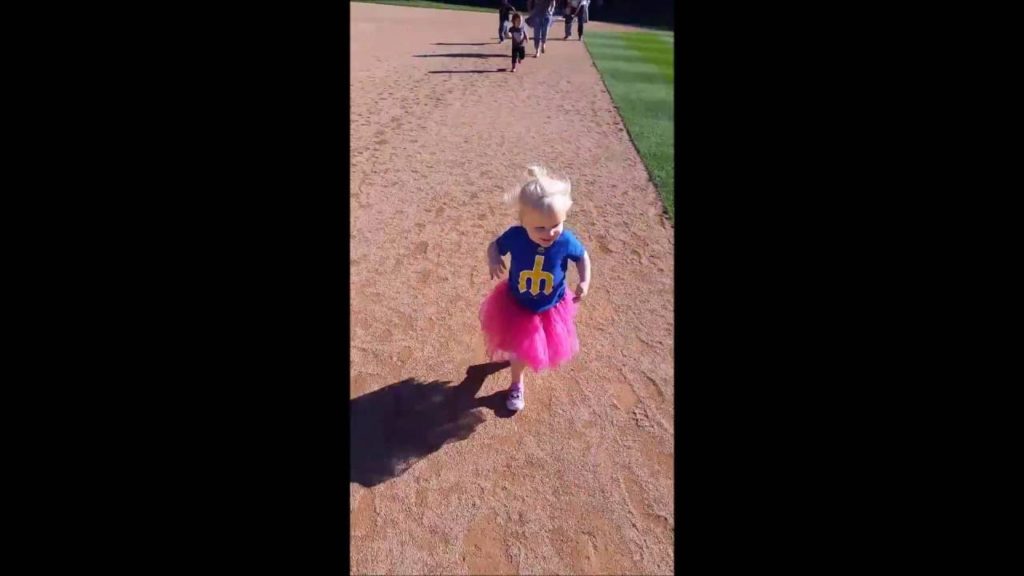 Emmy has been to one Mariners game so far but this was the first time going to one on a daddy daughter date. After this game they let kids run around the bases and Emmy just happened to convince the Mariners Moose to run around the bases with her. Also, she got her picture taken with him not once, but TWICE, earlier in the game so I’m pretty sure that’s why the Moose remembered her out of the pack and decided to run with her! She talked about him throughout the game and now after this she will probably never stop talking about the Moose!