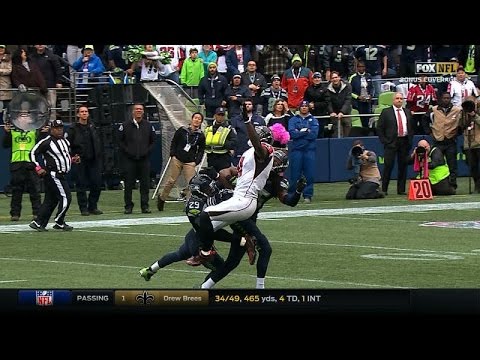 Down two touchdowns at halftime, the Atlanta Falcons scored 21 points in the third quarter to mount a comeback and take the lead against the Seattle Seahawks. With less than five minutes remaining in the game, however, Christine Michael ran in a touchdown for Seattle to start closing the gap. Then came a Matt Ryan interception that led to a Seahawks field goal, and Seattle held a 26-24 lead with less than two minutes to go.

On the Falcons’ final drive, after three incomplete passes, Ryan tried to go to Julio Jones for his last chance on 4th and 10.