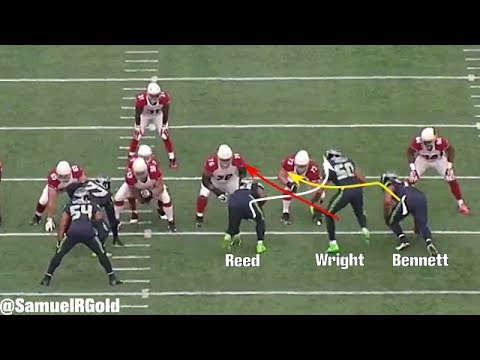 Michael Bennett is a leader for the Seahawks’ defense. His ability to pass rush and stop the run make him a valuable asset to the team. In this video breakdown, I looked at him as a pass rusher and his role in the defense. For the following video next week, I decided to look at his elite run stopping ability, which I felt warranted its own video.

As a pass rusher, Bennett has a variety of moves and he plays with outstanding effort. Generally, when his pass rush fails, it’s usually do to the fact that he takes too many steps and does not setup his pass rush correctly. Additionally, he was used on stunts for a good portion of his snaps which negated his pass rush. This happened especially on third downs.

Overall, Bennett is not an elite edge rusher, but his variety of moves and consistent effort always puts him in a position to make plays.

Next up is Alshon Jeffery. In the following Seahawks’ video, I’ll be finishing up my analysis on Michael Bennett looking at his run stopping ability.