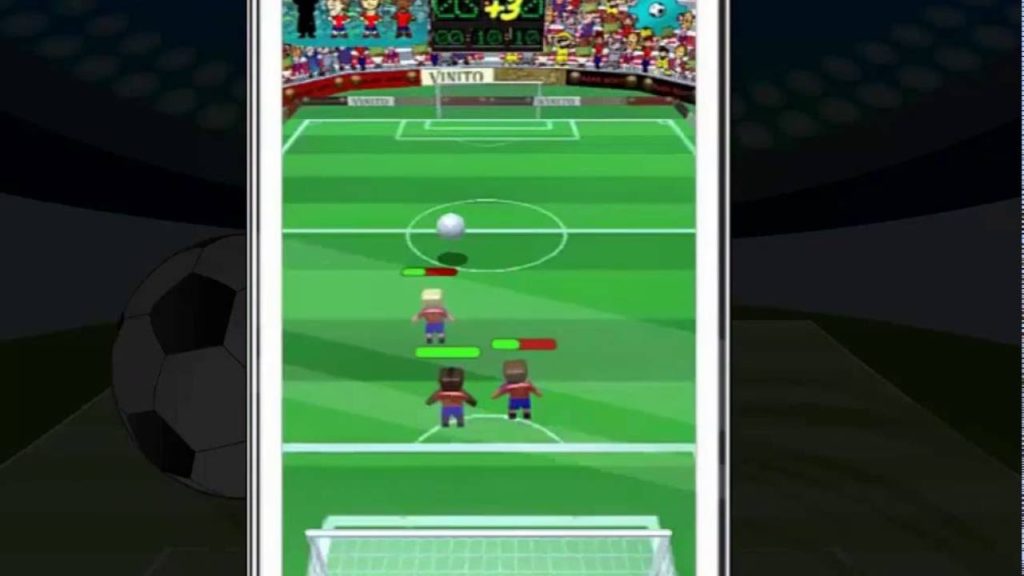 Football Ball It´s a new addictive soccer game where you´ll compete against opnline ranking to win the world cup and to be the champion.

Use your finger to dispose players on the field to defend multiple balls witch wanted to score on you, deploy your players around the field as forwards, midfielders, defenses and also goalkeeper. Take care, balls are comming froms everywhere and you´ll have to use strategy and work out your skills changing your player´s possition.
But beware about stamina of your players, cause as they score incoming balls, they will get tired and will miss them. To move your players around the field, select them with your finger and touch over your desire new possition. It´s that easy to play Football Ball, just with one finger and your player will do the rest with their heads, kick and lot of style. Your goalkeeper is the key of success as he´s the faster player,
you just have to touch any place of his area and he´ll move to defend and avoid to be scored.

FOOTBALL BALL 2016
– Ability, reflexy and competitive game with mundial ranking where you´ll get to be the Football Ball champion.
– New soccer theme game as fun as easy to play with just one finger, suitable for everyone.
– Funny 3D desings of voxel soccer players and with their cartoon characters on bench screen.
– Beat your friends from social network and make them try to beat your score. Try to get over me!
– Play free now.

Defend, score goals, wear your goalkeeper gloves and become the champion of the mundial ranking with your team in this funny game. Don´t you have any doubt and download it now for free!