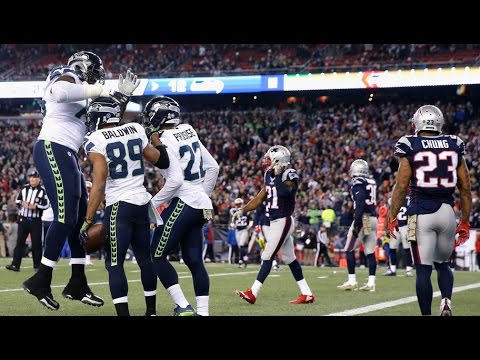 ​It’s tough to be the so-called “Game of the Year,” only hours after the Cowboys and Steelers organically played out their very own submission for that title.

But guess what? Pats-Seahawks did a fairly good job of living up to that lofty billing of its own accord.

While the Patriots’ engine was entirely fueled by LeGarrette Blount’s rock-hard rushing, the Seahawks found their fair share of uniquely Russell Wilson-esque magic, too. It wasn’t as easy as it seemed; when Stephen Gostkowski knocked a short field goal at the start of the fourth, this fairly straightforward game subtly entered lead change number six territory.

Both teams looked entirely like themselves, and the result shouldn’t surprise anyone: a knock-down, drag-out fight, ultimately stolen by the Seahawks, after a REMARKABLE series of late Patriots catches, and an EVEN MORE REMARKABLE goal-line stand.