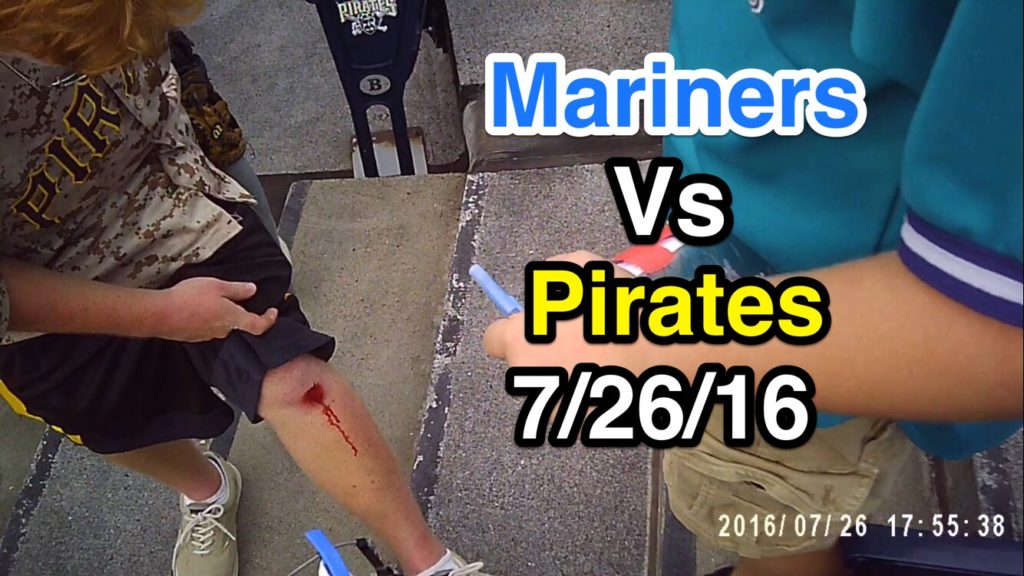 Game 72 of 2016: The Seattle Mariners bring a ton of commems from Toronto, Ted falls, Fan trespasses

7/26/16 Ballhawking at PNC Park: lots of stuff going on in this video. The Mariners just played a series in Toronto and had tons of Blue Jays commemorative baseballs. Ted falls while chasing after a ball and rips a hole in his knee. Also, a fan jumped into the ivy to get a ball and was subsequently ejected/arrested. The Mariners have a top 5 MLB Bp team as they were crushing the ball all over the ballpark.