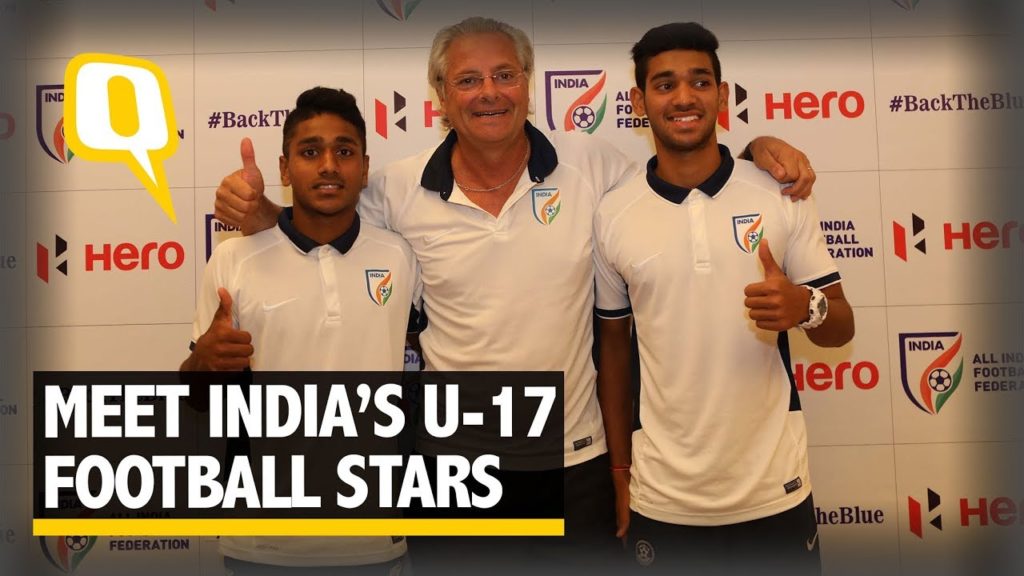 The Indian team is geared up to take part in the U-17 FIFA World Cup, which will begin on 6 October.
While speaking to the media in New Delhi, striker Shubham Sarangi and midfielder Rahul KP spoke about their favourite players, how they started playing football and spilled the beans about the times of bunking school to play football.
Sarangi said that he gets inspiration from Sunil Chhetri. He added that Chhetri had also met him in school.
Rahul, on the other hand, said that he is crazy about Real Madrid star Cristiano Ronaldo.

For more videos, subscribe to our channel: http://bit.ly/2aIcith
Check out The Quint for more news: https://www.thequint.com