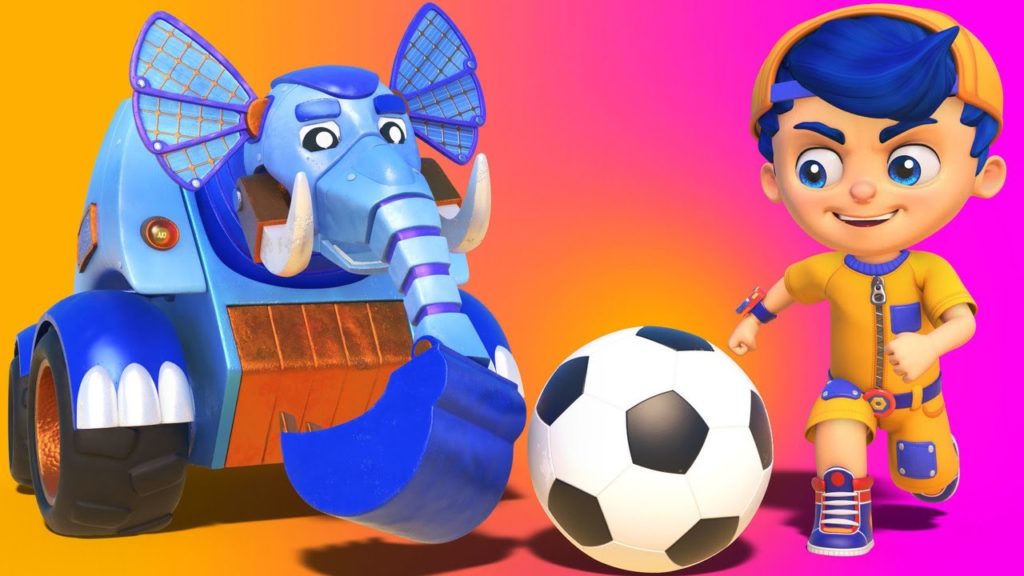 Jonny plays FOOTBALL with the Wrecking Ball LIZARD and the Excavator ELEPHANT! – cartoons for kids

Jonny and Torch are playing football with Demolizard. On the other side of the cliff, Wheelephant is building a sandcastle. At some point, Demolizard hits the ball too hard… and it ends up right in Wheelephant’s castle. Wheelephant, who was filling his shovel with water, only witness Demolizard sending the ball back to Jonny and destroy the castle even more with his tail… He goes after him and they start to fight ! Jonny doesn’t understand his attitude, he thinks he’s jealous so he proposes to him to play ball with them. But even then, Wheelephant seems mad and frustrated at Demolizard… He cheats to annoy him, which annoys Jonny. Misunderstood, Wheelephant quits the game and goes back to his destroyed castle. Jonny feels hopeless but ECO tells him to go check on him. He understands what happened and they all build a bigger and prettier castle together. Wheel and Demolizard are friends again !

Ranger Jonny takes care of all the AnimaCars!

And as the ranger of Animaland, it’s his duty to take care of all the wildlife of the island. Side by side with Torch, his loyal friend, he deals with commun-life situations, fixes little problems, boo-boos… and make sure all the AnimaCars evolves safe and healthy together. In order to accomplish his daily missions, Jonny has to learn how to listen to their needs, communicate with them… And they are full of mysteries!

Every episode is an opportunity for Jonny to explore the island, learn more about the AnimaCars and life itself.