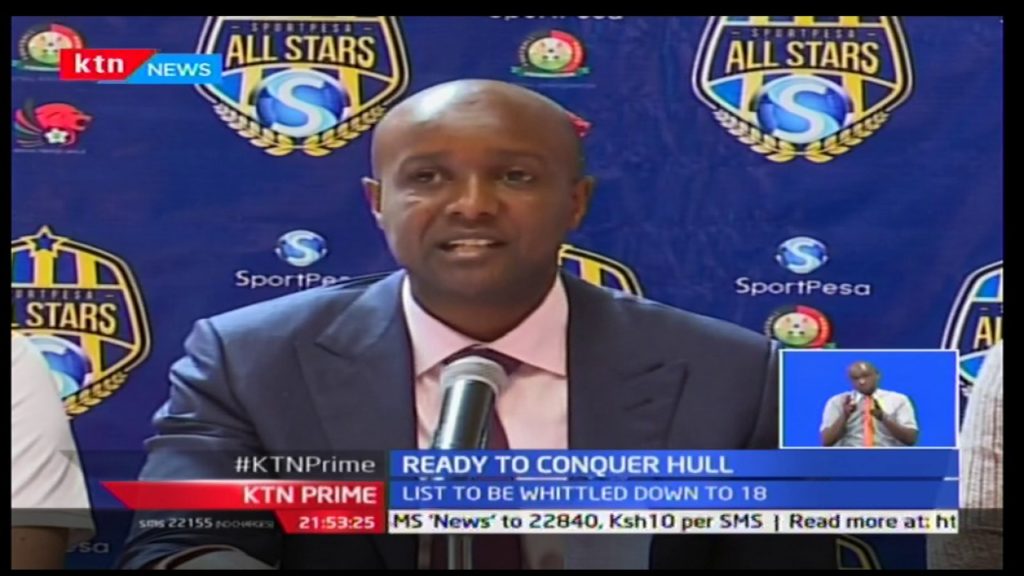 18 Kenyan football players will get a chance to be in the first east African team to play against an English premier league team. The Sportpesa all-stars team that was launched in Nairobi will play Hull City Tigers on the 27th of February in a match that will be televised live on KTN.

KTN News is a leading 24-hour TV channel in Eastern Africa with its headquarters located along Mombasa Road, at Standard Group Centre. This is the most authoritative news channel in Kenya and beyond.