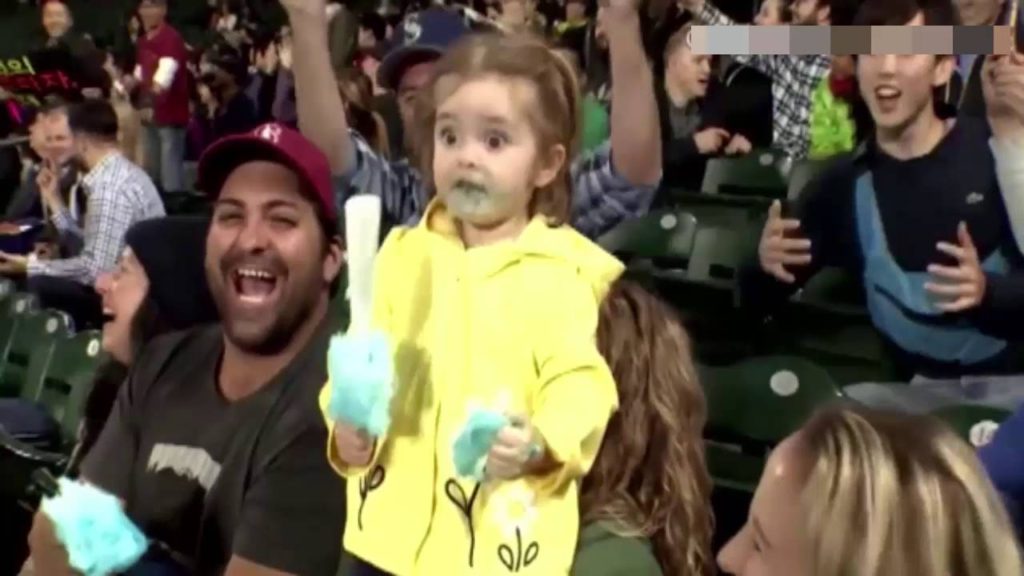 LITTLE GIRL LOSES HER MIND OVER COTTON CANDY AT SEATTLE MARINERS GAME
When it comes to peanuts and Cracker Jacks at the old ballgame, this little girl will pass. Three-year-old Beatrix Hart is all about the cotton candy.

This young fan became an instant social media sensation during Wednesday night’s Seattle Mariners 8-3 win over the Texas Rangers for devouring her stick of sugary goodness and delightfully bouncing around in her seat. She has been nicknamed “Cotton Candy Girl.”

Her face goes from plotting world domination to complete excitement as her sugar-high kicks in. Beatrix’s scene-stealing performance, and general adorableness, was enough to get Mariners fans on Twitter to nominate her to be named the team’s player of the game.reports that while the honor went to Adam Lind, who hit two home runs to lead Seattle to victory, the Mariners tweeted out a bit of compromise to recognize Cotton Candy Girl’s enthusiasm.After all that excitement, Beatrix’s dad says it was a quiet ride home – as we can only assume she dreamed of cotton candy, rainbows and another Mariner’s win.