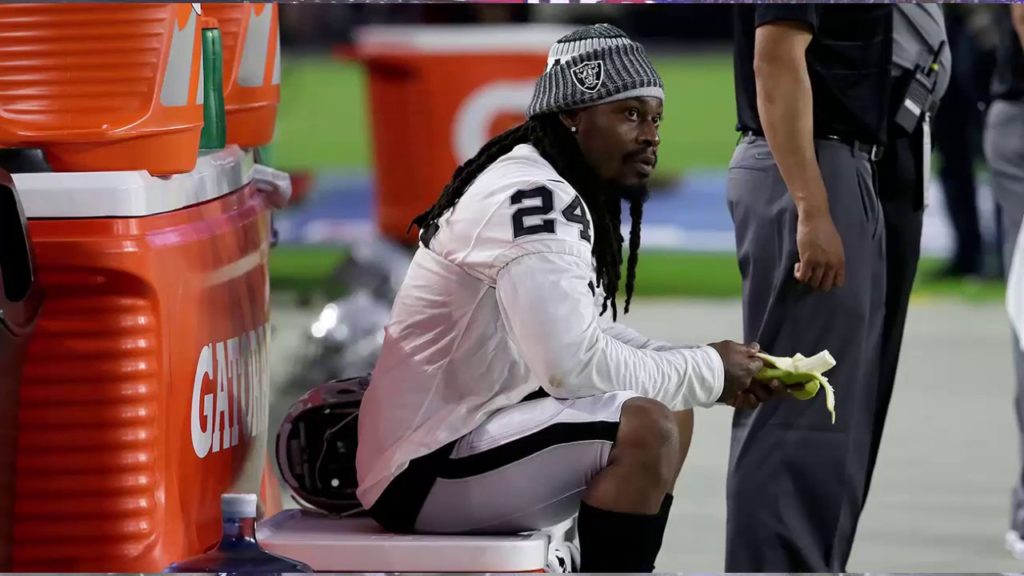 Marshawn Lynch Sits During Raiders Preseason National Anthem
Marshawn Lynch appeared to stage a silent protest in his return to the NFL, as the Oakland Raiders running back remained seated during the national anthem prior to the team’s 20-10 loss to the Arizona Cardinals.

Photos show Lynch, who suited up but did not play, sitting on a cooler while holding a banana during the anthem.

Lynch has talked to the media once — and that was during the offseason program — since he came out of retirement and was acquired in a trade with the Seattle Seahawks in the spring.

THANK YOU GUYS for watching the video if you guys
like the channel make sure you subscribe so you wont
miss new videos every week.
If you guys like Nfl memes go follow my
Instagram @do_you_even_football_bruh
Snapchat @dyefbsnap
Also please share this video and help my channel grow so
I can make more videos and you guys can see more from this
channel.