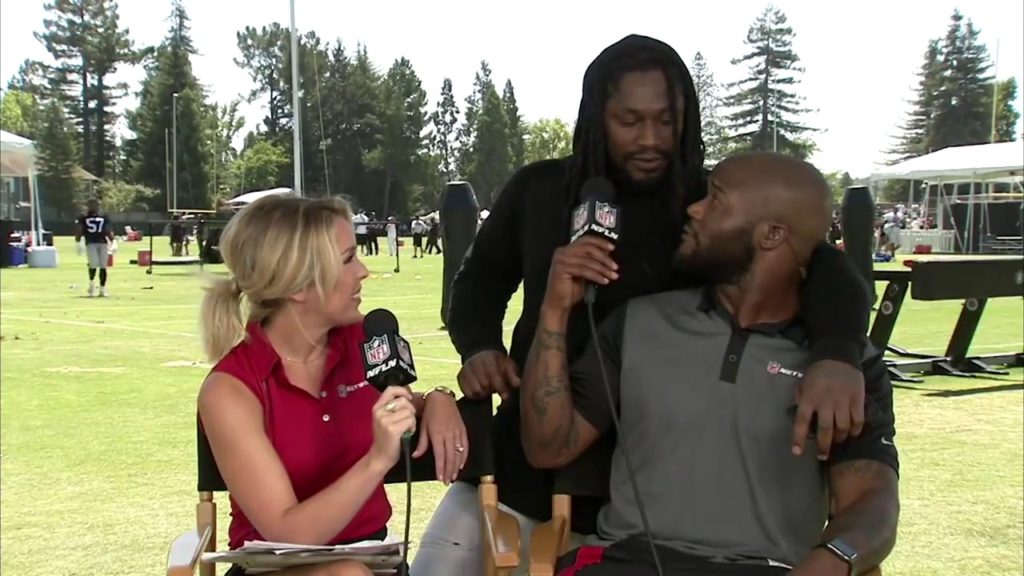 It’s safe to say Marshawn Lynch is loving life being a member of the team he grew up cheering for.

As a Seattle Seahawks player, Lynch would avoid having interviews like the plague and it was pretty much expected of him. As an Oakland Raiders player, Lynch is actually running over to sports reporters and giving impromptu interviews.

On Saturday, Lynch decided to video bomb NFL Network while at training camp and what followed was uncut and raw emotion from beastmode.

He cursed almost immediately and did it again right after they told him they were live on TV.