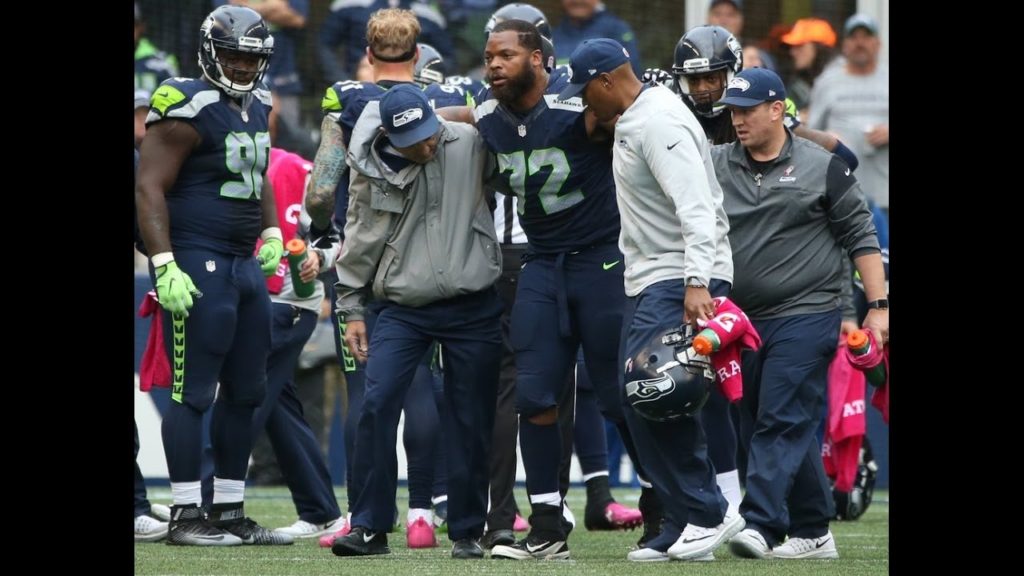 The initial worry Michael Bennett had about suffering a major knee injury in the third quarter Sunday had turned instead to anger by the time the Seahawks finally pulled out a 26-24 win over the Atlanta Falcons.

Bennett, Seattle’s standout defensive lineman, left the game with a knee injury suffered on a play with 6:10 left in the third quarter when Atlanta scored to tie the game at 17.

Bennett went down in a heap at the line of scrimmage due to a cut block by Atlanta right tackle Jake Matthews that caused Bennett’s right knee to bend awkwardly.

It was a play Bennett felt was dirty, calling it “a scary, (expletive) move.”

Is Sherman’s blowup a byproduct of Carroll’s approach? | Matt Calkins
What national media are saying
After nearly breaking apart, Seahawks come back to edge Falcons
Richard Sherman meltdown? Hawks say they’ll push through | Larry Stone
Michael Bennett irate about ‘scary’ hit
Did the refs get it right? Seahawks seal win on controversial 4th-down pass
Tight end Luke Willson to have MRI
Grades: Seahawks do just enough on offense, defense to beat Falcons
Bennett headed to the locker room but said initial tests showed where was “nothing major’’ wrong. He returned to the sideline but did not play again.

Bennett, though, was still livid at the play by Matthews, a third-year player out of Texas A&M — also Bennett’s alma mater.

“He just dove at my knee,’’ Bennett said.

Then he referenced having been head-butted two weeks ago by New York guard Brian Winters — a play on which Winters suffered a concussion.

“I mean, that’s the second week someone tried to take me out, man. I don’t know,” Bennett said.

Seattle coach Pete Carroll said he would need to watch the play on film to cast a judgment, but said, “I heard it was nasty.’’

While Seahawks defensive end Michael Bennett appears to have escaped significant injury Sunday, that might not be the case for tight end Luke Willson, who will have an MRI after suffering a knee injury in the fourth quarter.