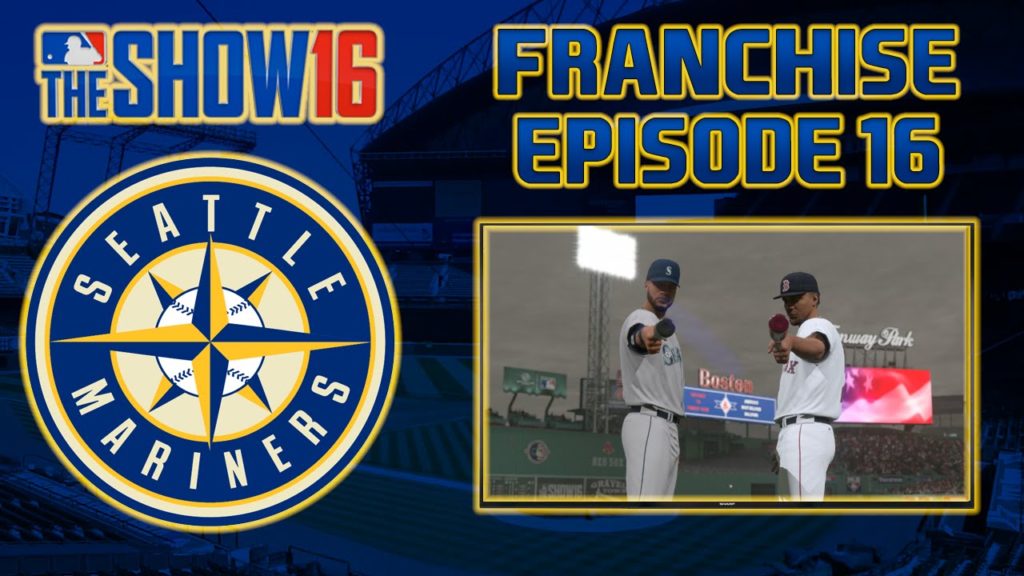 If you want to donate to my channel, this is the place. I don’t accept normal donations, because it doesn’t feel right, so I have a Patreon page to give something back to those of you who do want to donate, as a service instead!

MLB The Show 16 Franchise: Seattle Mariners – Make sure to HIT THAT LIKE BUTTON if you enjoyed, and subscribe for more Franchise Mode as we continue along the #RoadTo50k https://www.youtube.com/user/moonlightswami?sub_confirmation=1

I play on Hall of Fame difficulty for hitting and pitching with minimal slider adjustments, use Fisheye batting camera, pitcher centered camera for pitcher, and medium fielding view for those who want to know.

Hey guys and welcome to #FranchiseNation, I am your host moonlightswami and this is my MLB The Show 16 Franchise featuring the Seattle Mariners!!!! There are plenty of reasons as to why I am choosing the Mariners for my franchise in MLB The Show 16, so I will lay them out for you guys…

When I was a little kid, my first baseball video game was Ken Griffey Jr Slugfest on the Nintendo 64. I have so many fond memories from that game, and loved the team with A-Rod, Ken Griffey Jr. etc. because, well, it was an incredible team! I always loved the look to Safeco Field (once the Kingdome closed), and have held a special place in my heart for the city of Seattle. It is most likely the #1 destination I want to go to when I have the time and money to go on vacation, and when I was younger I always wanted to play for the Mariners. Season 1 was an absolute mess. We finished 72-90, and had Nelson Cruz injured for half the season. After being basically out of playoff contention when the trade deadline rolled around, we finally were able to choose our direction: rebuild. At the deadline, we dealt the likes of Adam Lind, Hisashi Iwakuma, Joaquin Benoit, and Mike Zunnino to acquire prospects moving forward. The biggest name we brought in is one of the Red Sox top prospects, Andrew Benintendi. After the season, we needed to address catcher, first base, the aging OF, our back end of the rotation, and our bullpen. To open up cap room, we killed two birds with one stone. We dealt Nelson Cruz for Brett Phillips and Matt Garza. Cruz, at 36 didn’t have a future in Seattle, and to rebuild this roster in any way we needed the 11 million dollars he was locking up (that is the net we get back, because of Garza and Phillips’ contracts). After making an effort to sign Aroldis Chapman, he turned us down for less money to play for the world champion Cubs. So, with no real relievers left on the market, we looked elsewhere. We brought in Wilson Ramos on a 3 year, 16 million dollar deal to catch. Signed Jon Niese and Jay Bruce to short term deals, filling out the rotation and the RF spot. Then we signed 3 undrafted free agents, two of which (Bryan Noonan and Diego Sanchez) made our 25 man roster. Sanchez is platooning 1B with DJ Peterson, and Noonan is a 4th outfielder for us. With all things said and done, the roster looks pretty good, and we hope to have a much better 2017. If Robinson Cano can bounce back from his worst season of his career, we could be in business. I hope you guys come aboard for the ride, as we try and fix this Mariners team en route to their first ever World Series championship!!!