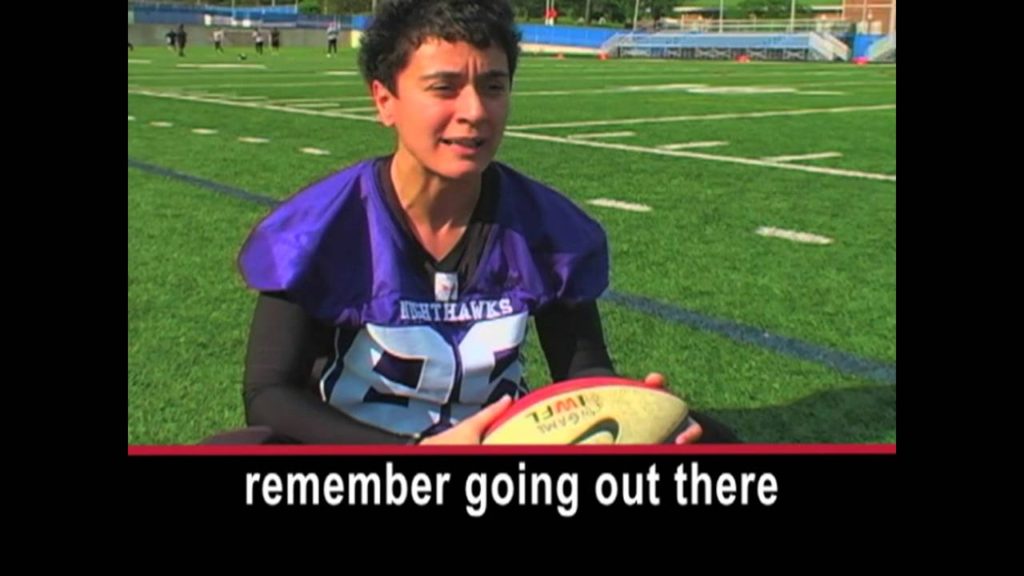 More Women Are Playing Football in US

American football has replaced baseball as America’s favorite sport. Football has traditionally been played by men — big men who like to hit. However, in the past few years, there has been an increase in the number of women’s football leagues. The women play by the same rules and with the same level of physical contact as the men’s sport. Tarsha Fain is team captain of the Baltimore Nighthawks.TARSHA FAIN: “I feel women can do anything a man can do. The same way they get out there and hit, we get out there and hit too.” Fain and team owner Tanya Bryan were part of the first ever women’s World Championship last year. The American team — with Fain playing and Bryan serving as team manager — won the gold medal. TANYA BRYAN: “To be the first, the first time it was done, and be part of it, you know, no one else can ever say that. So it’s just a wonderful feeling. I’m so proud of that.” About ten women’s professional football leagues have been formed in the United States in recent years. Many have either joined with other leagues or failed. But the sport continues to grow. Ghoncheh Mossanen is an offensive specialist for the Nighthawks. She has played football for 28 years. Mossanen says the sport is her therapy. It is what she looks forward to the most.GHONCHEH MOSSANEN: “I feel there’s a transformation when I go from putting on my gear and stepping on this football field. It’s a huge mental transformation.” Mossanen moved to America from Iran as a child. She remembers the first time she ever played football — at a game in her neighborhood. GHONCHEH MOSSANEN: “I remember getting the phone call from my cousin saying ‘come on out, we need one more person to play.’ I didn’t know what it was. I had never played the game and I remember going out there and just fell in love with it.” Most of the other players on the Nighthawks have also played since they were children. Most played unofficially or in non-contact leagues. But for team owner Tanya Bryan, women’s football was a completely new experience. TANYA BRYAN: “It’s funny, I didn’t even realize the sport existed for women. And I got a phone call from a friend of mine and she said there was an opportunity to own a team in Baltimore. And I thought it sounded really exciting and I said yes, and four years later here I am.” When Bryan bought the team she did not expect to make money right away. After four years, she is no longer losing money. But Bryan says what was most important to her was giving young women a chance to play ball.TANYA BRYAN: “Most of the time as women growing up we’re told, you know – not to be aggressive, and you know not to be assertive. And it’s nice to have an outlet where you can come somewhere and let all of that out. You know you can be loud. You can hit somebody. You can just let it all go. And you know I think it’s really, it’s really healthy, you know. Great athleticism is required for football and the team camaraderie is just fantastic.” The teamwork was great in the team’s recent game against the Philadelphia Firebirds. After a slow first half, the Nighthawks score … and hang on for an 8-0 win.GHONCHEH MOSSANEN: “Its elation! I mean the team deserves it. We’ve been playing hard. It’s amazing. Now it’s our chance to make the championship.” The Nighthawks did not win the championship. But, they say having a chance to play this traditionally men’s sport against other women is itself a victory. I’m Faith Lapidus.