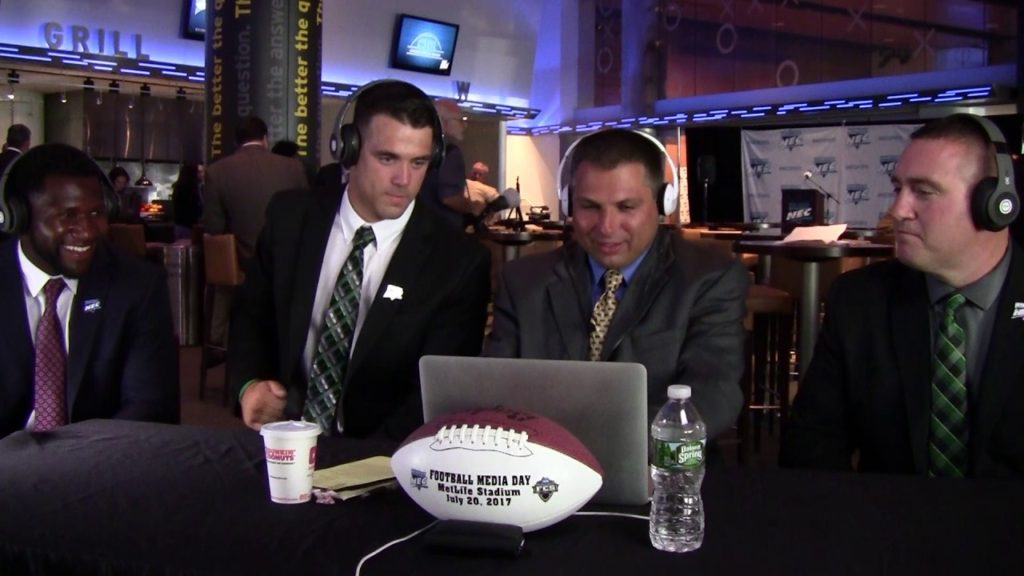 *In this video Wagner quarterback Alex Thomson discusses the Seahawks offense and some of the areas of his game he worked on trying to improve upon during the offseason.

Five members of the Wagner football team were selected to the 27-man, 2017 Preseason All-NEC Team, while the Seahawks were picked third in the preseason poll, as chosen by the conference’s seven head coaches, the league office announced today at the #NECFB Social Media Day today at MetLife Stadium.

About the Northeast Conference:
Entering its 37th year, the Northeast Conference is an NCAA Division I collegiate athletic association consisting of 10 institutions of higher learning located throughout six states. Media coverage of the NEC extends to four of the largest markets in the United States – New York (#1), Pittsburgh (#23), Baltimore (#27), and Hartford/New Haven (#30). Founded in 1981 as the basketball-only ECAC Metro Conference, the NEC has grown to sponsor 22 championship sports for men and women and now enjoys automatic access to 14 different NCAA Championships. NEC member institutions include Bryant, Central Connecticut, Fairleigh Dickinson, LIU Brooklyn, Mount St. Mary’s, Robert Morris, Sacred Heart, St. Francis Brooklyn, Saint Francis U., and Wagner. Duquesne is an associate member of the NEC in the sport of football. For more information on the NEC, visit the league’s official website (www.northeastconference.org) and digital network (www.necfrontrow.com), or follow the league on Twitter, Facebook, YouTube, Instagram and Google+, all @NECsports.