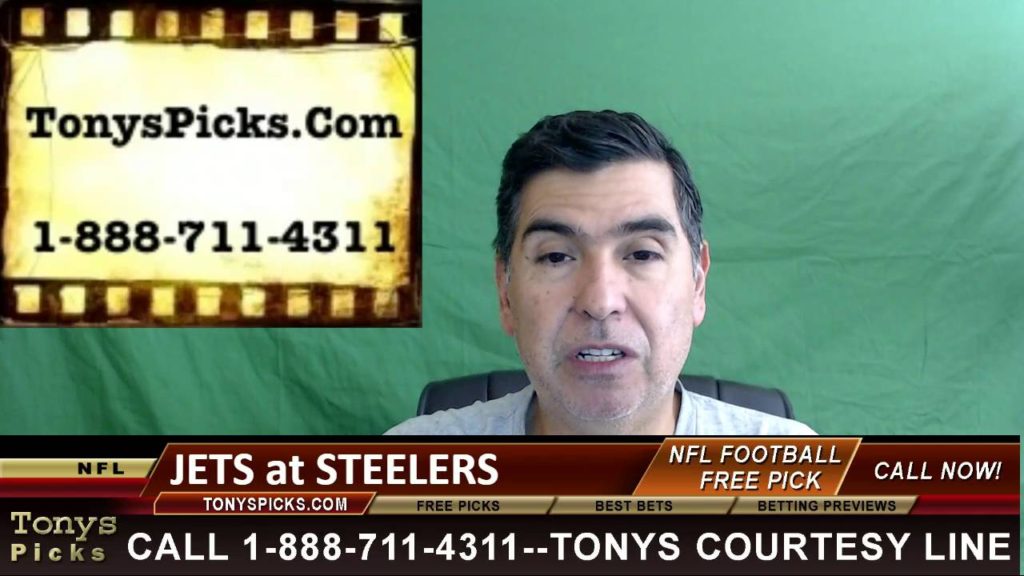 The New York Jets are traveling to face the Pittsburgh Steelers in a week five NFL pro football game on tap for Sunday.

Notes: New York fell to 1-3 with the 27-17 home defeat to the Seattle Seahawks as a +1 point betting underdog. The total went over 40 points. The Jets run game produced only 58 yards on 20 carries. Ryan Fitzpatrick hit on 23 of 41 passes for 261 yards with a touchdown and three picks. They finished with a -3 turnover margin. Defensively the Jets limited the Seahawks run game to only 66 yards on 26 carries but they allowed Russell Wilson to pass for 309 yards and three touchdown passes.

Pittsburgh improved to 3-1 with the 43-14 home victory to the Kansas City Chiefs as a -3 point wagering favorite. They bounce back from the embarrassing 34-3 road defeat at Philadelphia the week prior. In their win against KC the Steelers were up 29-0 at the half and 36-0 after three quarters. They put up 430 offensive yards with 149 rushing. Ben Roethlisberger hit on 22 of 27 passes for 300 yards and five touchdowns plus engineered touchdowns in all three red zone drives. Le’Veon Bell rushed for 144 yards. Defensively the Steelers allowed 357 yards to the Kansas City offense with 287 yards passing with two touchdown throws and a pick to Alex Smith. The game was well decided before KC got on the scoreboard in the fourth quarter.