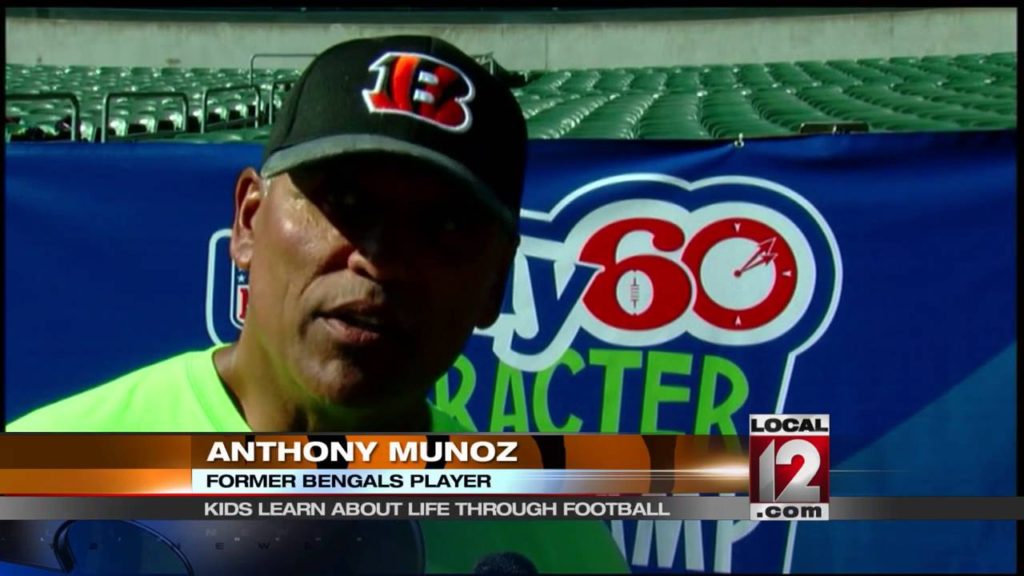 The kids from several area elementary schools were chosen because they demonstrated good character and got good grades. While at PBS they learned football skills and much more. They learned to be true to yourself as well as the importance of acting with integrity and character.

“To be able through a game like football, which to me is the greatest team sport, to get out on this football field and reveal those character traits and try to be the best you possibly can be and doing it the right way. And that’s the message we share with these young men and women,” said Munoz.

It looks like the message may stick with some of the students, like 5th grader Marcus Goodwin. “He did just talk about integrity and told us how to encourage all the other players. So, I’m going to try to encourage them.”

Andrew Whitworth and Cedric Peerman also spoke to the kids.

Since the NFL started the Play 60 Character Camps in 2012, 50 camps have been held impacting nearly 20,000 kids across the country.