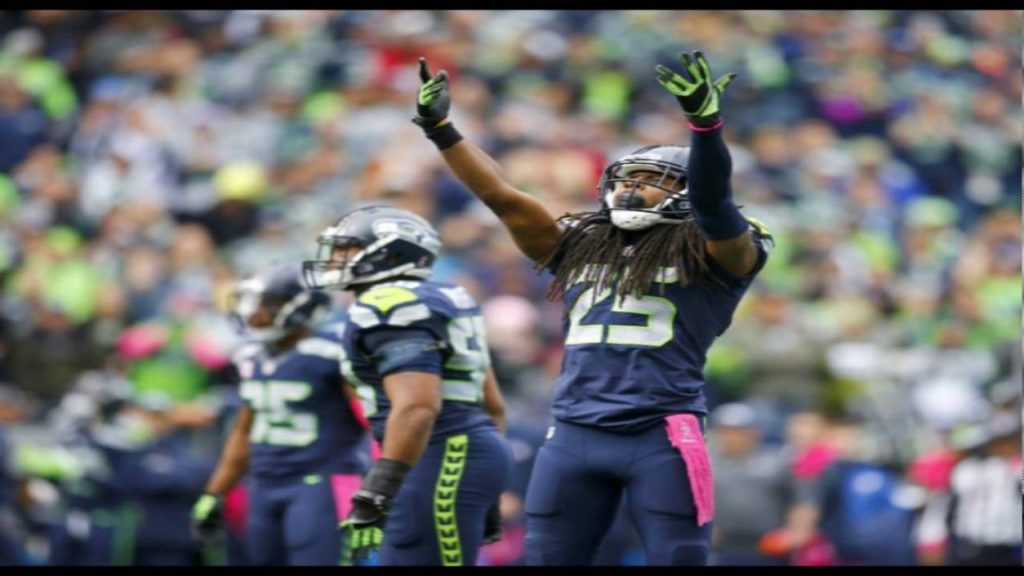 Seattle Seahawks cornerback Richard Sherman grabbed Julio Jones’ right arm on fourth-and-10, with the ball headed Jones’ way. It was clear on the replay that Sherman interfered with Jones. It was clear to Atlanta Falcons coach Dan Quinn, who went nuts on the officials after no flag was thrown.Officials apparently never wondered why Jones went up for the deep pass with just his left hand. The answer: Sheman hooked Jones’ right arm and he had no choice. Instead it was ruled an incomplete pass and the Seahawks escaped with a thrilling 26-24 win.It seemed for a while like the most talked-about play would be a drop by Jones in the fourth quarter.With less than four minutes remaining in the fourth quarter and the Fa lcons holding a 1-point lead, Jones had a ball go off his hands. It wasn’t the easiest catch, but it’s one you expect Jones to make every time. Instead the ball went off the hands of All-Pro Jones and then off the hands of All-Pro Sherman and into the hands of All-Pro Seahawks safety Earl Thomas for an interception. The Seahawks got a field goal shortly after to take the lead.