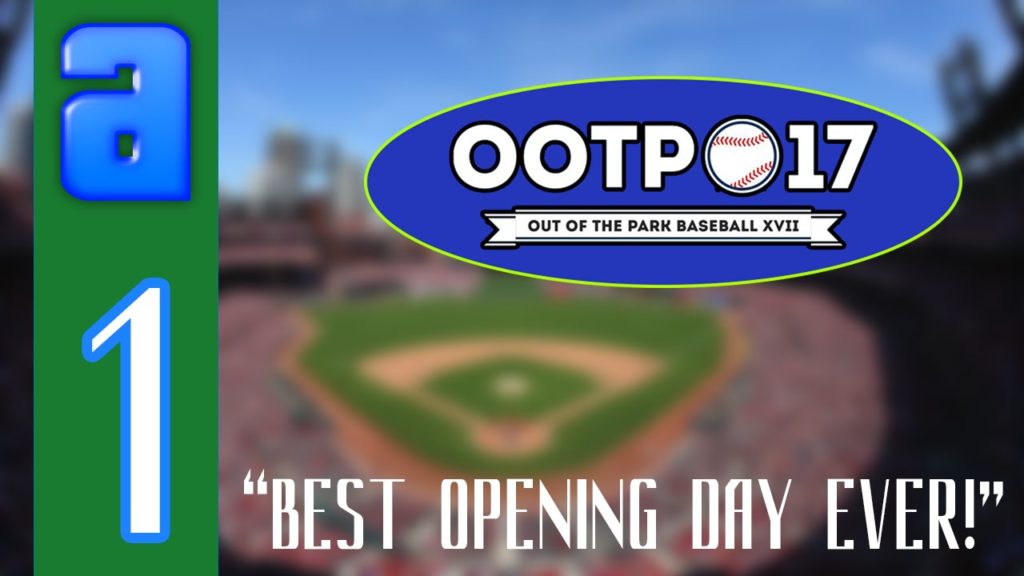 Show your support for this series by hitting the like button! If you like what you see on the channel, make sure to hit the subscribe button! It helps my channel out a ton!

*For business inquiries only!*
auroragamesmc [at] gmail [dot] com

About OOTP 17:
Out of the Park Baseball 17 – now officially licensed by MLB.com and the MLBPA – is the best baseball strategy game ever created!

Out of the Park Baseball 17 is a baseball fan’s dream. Step into the shoes of a GM and/or field manager to own the future or rewrite the past of your favorite real-world franchise. Build the team the way you want to. Start a new career with your favorite 2016 MLB team or span through almost 150 years of baseball history and run any team from the past! You can even set up your own fictional baseball universe or compete in online leagues against other OOTP players. The possibilities in OOTP 17 are endless.

The brand new 2016 MLB roster set will include all projected Opening Day MLB rosters as well as the complete minor league system down to the rookie leagues and even future draft classes. Can Jake Arrieta, David Price, and Johnny Cueto give their teams the pitching boosts they need? Will Albert Pujols, Chris Davis, and Bryce Harper once again help power their clubs to victory? Can the Kansas City Royals repeat or will the Chicago Cubs finally win the World Series again? Find out and guide your favorite MLB franchise to glory!

Dive into the more hands-on management and set your team’s lineups, pitching staffs, and in-game strategy. You can oversee your league at a high level, or play out each game, managing play by play or even pitch by pitch. OOTP players progress realistically over time. Build a team through the draft, or sign big free agents to put you over the top!

New Features in OOTP 17 include:
– The all-new MLBPA license lets players come alive. For the first time ever, Out of the Park Baseball features authentic FaceGen images of real players. With player aging, real-time emotion, and automatic uniform adjustment based on trades and free agency for most major leaguers, you’re more in touch with your club than ever.
– New 3D animation with moving player symbols making plays and greatly improved authentic 3D major league ballparks deliver the most powerful in-game experience yet.
– All-new Historical Exhibition mode allows you to pit any two major league teams from 1901 to 2015 against each other in a single game or series of multiple lengths. Or set up any past World Series matchup with authentic rosters automatically imported. What if…?
– Authentic historical minor league systems from 1919 through 2015 with a database of more than 100,000 real players let you navigate farm systems to unprecedented levels.
– New support for multi-core processors means that Out of the Park Baseball 17 cranks through simulations and other tasks at up to 60% better speeds than last season.
– Automatically generated game recap headlines and stories report on key events throughout the games and your overall experience.
– GMs will face smarter, more cunning AI GMs and managers that have individualized, personal approaches to roster-building, scouting, and finances.
– A beautiful, redesigned game interface makes it easy for armchair GMs and managers to build their baseball empire.
– And much more, like recoded scouting, better AI, more realistic player development, definable trade needs etc. Dozens of new features await you!