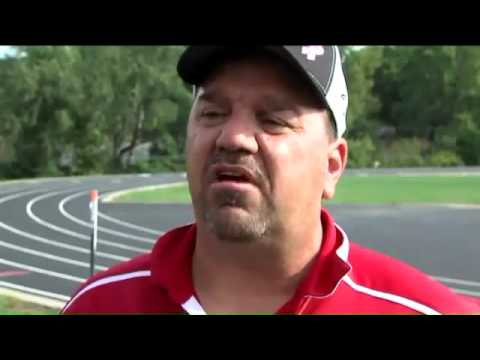 Raytown middle school girl gets tough on the football field

RAYTOWN, Mo. — The gender barrier is being broken at one school in the metro.

One middle school football player is proving she’s strong enough to play football against the guys, in addition to other high impact sports.

At only 5 foot 3 inches, Elizia Garcia stands ten feet tall when she plays football. When the 14-year-old told coaches at Raytown South Middle School she wanted to grapple on the gridiron, those coaches knew they’d found a winner.

The eighth grader is one of only a handful of female football players this school has seen, and one that doesn’t shy away from hard hits, often starting at long snapper and offensive guard.

“Most people are surprised. They look at me as a nice person. They don’t see me as aggressive,” Garcia said on Monday.

When the ball is snapped, her personality flips, and it’s all business.

“Pretty much, girls can do what guys do,” Garcia smiled.

She walked as tough as she talks. Garcia’s family said she used to bring a football to school in her elementary school days, in hopes of playing tackle football with the boys.

“One person said I wasn’t brave, so I wanted to prove them wrong,” Garcia said.

Elizia wrestles too, grinding it out against guys in the 127-pound weight class.

“She came in as a seventh grader, asking, ‘can girls play football too?’,” Kennedy Johnson, longtime coach at Raytown South Middle School, said. “I said, ‘people can play football. It doesn’t matter if you’re a girl or boy.'”

“I was a little afraid because she’s a female playing a man’s sport, and it’s just so physical,” Mary Garcia, Elizia’s mother, said. “I’ve seen other females out there, and that gave me some thought that she’d be okay too.”

Elizia said she owes her success to her school, and to coaches who never told her no.

“They don’t say I can’t play football or anything. I love how supportive they are. According to our history, I’m just so proud to play football.”

Elizia said she doesn’t imagine her gridiron glory stopping there. Next year, she’ll move on to Raytown South High School, and she plans to try out for the Cardinals freshman team