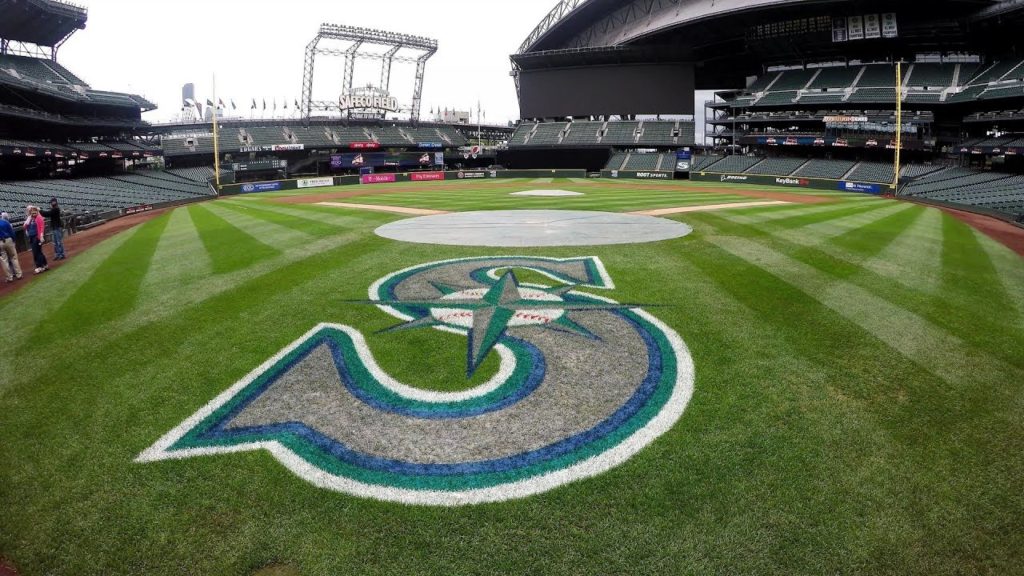 The Safeco Field Tour was certainly one of the if not the highlight of our stay in Seattle in late June 2017. We were in Seattle for a couple more days after our Alaska cruise, and took a late morning tour at the baseball stadium where the Mariners play. It was a real treat at a very reasonable price ($12 per person).

We got to walk on the actual baseball field (though we had to keep off the grass). It was very cool to sit in the dugout. Other highlights included the Interview Room, Keybank Diamond Club, a Luxury Suite (the best one, belonging to one of the owners of the Mariners), the Press Box (located at the Press Level where they even have their own cafeteria) with a cool garage door-like retractable window.

What was kind of interesting was the sheer amount of memorabilia and photos of other great teams around the league. Apparently one of the owners of the Mariners is a big baseball history buff and many of the old photos/items of significance are from his own private collection, including a copy of Babe Ruth’s first contract with the Yankees.

Safeco Field itself, like our tour guide said, is extremely fan-friendly. We experienced it first hand when we went to the game later the same night (Mariners vs the Tigers). It was pretty amazing to be able to stand right next to the bullpen and see the pitchers warming up, literally right in front of you.

We also attended the game later that night (our 6 year old son’s first baseball game!) We saw the roof close, Detroit Tigers pitchers Shane Greene & Daniel Stumpf warming up in the bullpen up up close. The Mariners Mascot the Moose was pretty funny. And the game was exciting with the home team prevailing over the Tigers in extra innings. Overall- what a great experience- highly recommended!