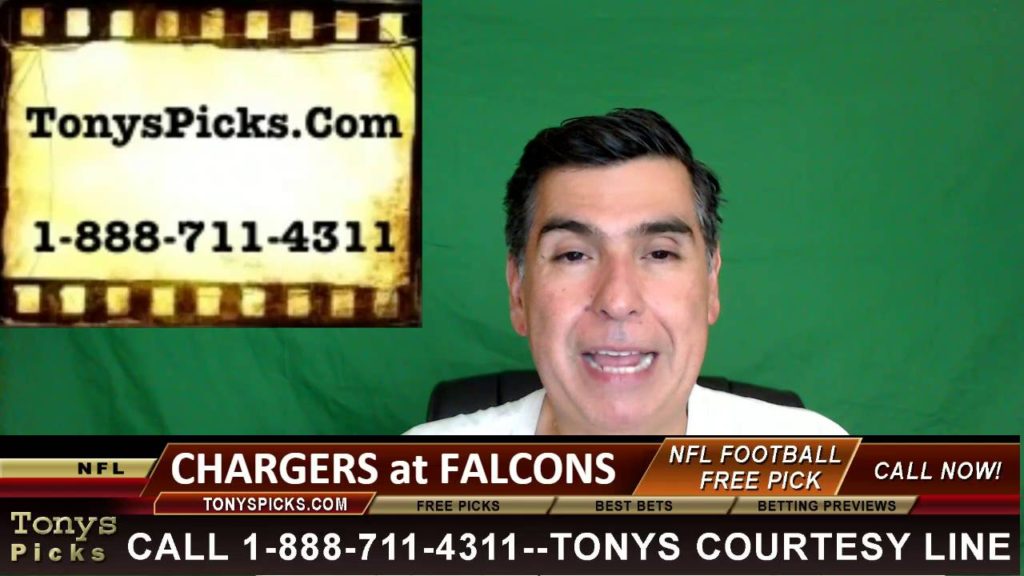 The San Diego Chargers are headed to the road to battle the Atlanta Falcons in an NFL pro football game slated for Sunday.

Over Under Total: 53 points

Notes: San Diego improves to 2-4 with the 21-13 home victory to the Denver Broncos as a +3 point betting underdog. The total went under 44 points. The Chargers built up the 21-3 lead midway through the fourth quarter and defended a Hail Mary pass to preserve the victory. They produced 265 offensive yards with 99 on the ground. Phillip Rivers hit on 18 of 29 passes for 178 yards with a touchdown. He engineered just one touchdown in five red zone drives. Each team committed two turnovers. On defense San Diego allowed 304 yards to the Denver offense with 230 yards passing and a touchdown pass to Trevor Siemian.

Atlanta drops to 4-2 following the 26-24 road defeat to the Seattle Seahawks as a +7 point betting underdog. The total went over 45 ½ points. Down 17-3 at the half the Falcons rallied with 21 unanswered third quarter points. They lose as they allowed a 44 yard field goal with just over two minutes remaining. The team generated 362 offensive yards with 52 rushing. Matt Ryan hit on 27 of 42 passes for 335 yards with three touchdowns and a pick. They finished with a -2 turnover margin. Defensively Atlanta allowed 333 yards to the Seattle offense with 270 yards passing to Russell Wilson.