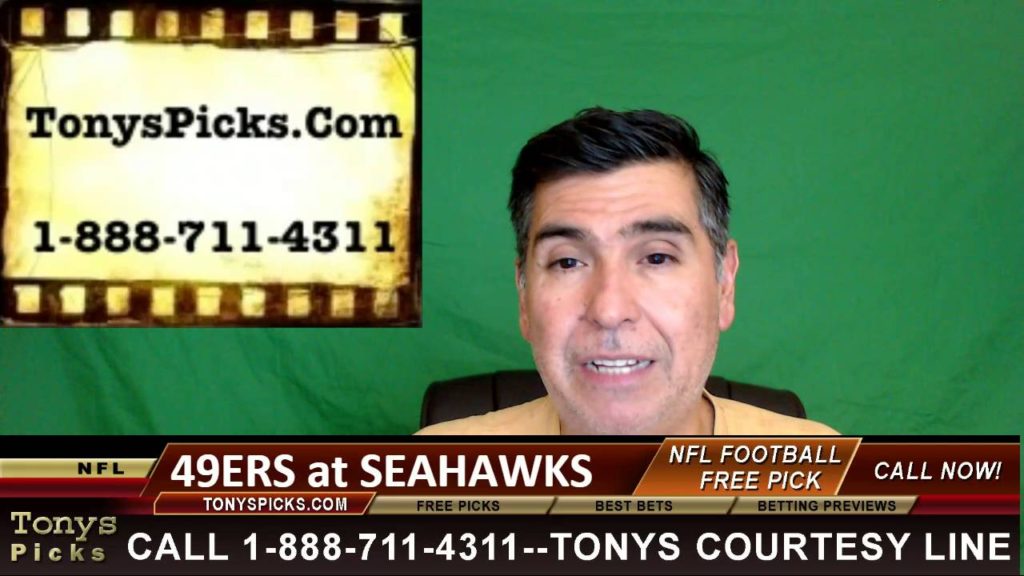 The San Francisco 49ers are headed to the Pacific Northwest in week three to face the Seattle Seahawks in an NFL pro football game on tap for Sunday.

Notes: San Francisco fell to 1-1 on the year with the 46-27 road defeat to the Carolina Panthers as a +12 point betting underdog. The total went over 38 ½ points. The 49ers defense was sliced open as they surrendered 529 yards to the Panthers offense with 176 on the ground. They allowed Cam Newton to toss for 353 yards and four touchdowns. On offense the 49ers had no success running the football. Blaine Gabbert hit on 17 of 36 passes for 243 yards with two touchdowns and two picks. San Francisco had three turnovers and took four away from Carolina.

Seattle moved to 1-1 with the 9-3 road defeat to the LA Rams as a -5 ½ point betting favorite. The total went under 38 points. The Seahawks struggled again offensively as they could only put up 316 offensive yards. The run game was poor with 67 yards on 24 carries. Russell Wilson hit on 22 of 35 passes for 254 yards. The Seahawks defense allowed three Rams field goals along with 283 yards of offense. Seattle held LA to only 64 rushing yards on 25 carries. A fumble by Christine Michael late in the game recovered by the Rams stalled the final Seahawks drive in Rams territory.