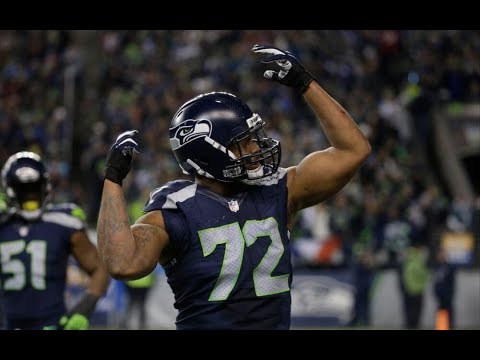 Bennett’s action came a day after his former teammate, running back Marshawn Lynch, did something similar before the Oakland Raiders’ exhibition opener on the road Saturday against the Arizona Cardinals.
Bennett has been vocal in expressing his opinions on social issues over the past year. He spent time with Colin Kaepernick during the offseason and wore a T-shirt supporting Kaepernick’s “Know Your Rights” camp during a spring news conference.

Raiders running back Marshawn Lynch remained seated during the national anthem prior to the team’s preseason opener against the Cardinals.
Seahawks defensive end Michael Bennett says Colin Kaepernick’s inability to latch on with an NFL team demonstrates