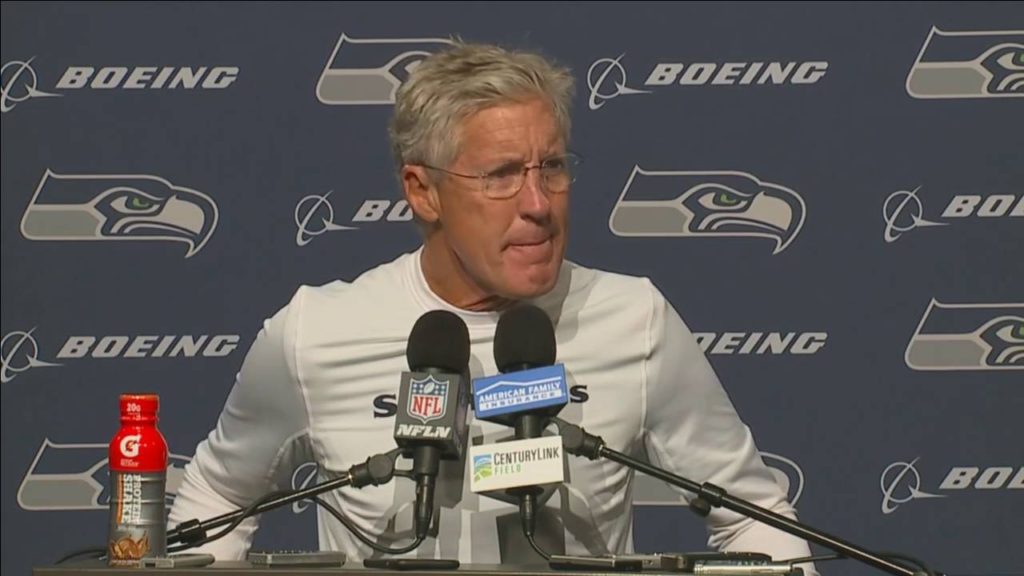 You may also like this video by NFL
Falcons vs. Seahawks (Week 6 Preview) | Move the Sticks | NFL

They proved why once again Sunday in a 26-24 victory over the Atlanta Falcons.

With 4:47 left in the fourth quarter, it looked like this just wasn’t going to be the Seahawks’ day. Steven Hauschka’s potential game-tying extra point was blocked and Seattle trailed 24-23. But Carroll’s philosophy is that something good is always just around the corner if the team keeps playing hard.
And with a little help from Julio Jones, his words rang true. Matt Ryan looked for Jones on a slant with 3:57 left, but the ball bounced off the receiver’s hands. Richard Sherman then tipped it and Earl Thomas, who played a brilliant game, came down with the interception.

On the Seahawks’ ensuing possession, Russell Wilson somehow avoided getting sacked by two Falcons defenders, lofted a pass over Vic Beasley Jr. and connected with Alex Collins for a 9-yard completion. Hauschka went on to kick the game-winning 44-yard field goal.