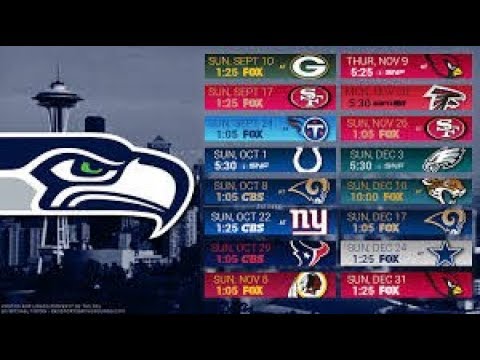 The Seahawks have been a dominant team over the past 5 years ever since they drafted their star QB Russell Wilson. Current Oakland Raiders RB Marshawn Lynch played a part in the Seahawks’ offensive plays which led them to the Super Bowl in back-to-back seasons respectively, in 2013 and 2014 with the Hawks winning their first title in franchise history after demolishing the Denver Broncos in 2013 and coming up short after a controversial play in 2014 with a loss to the New England Patriots. In 2015, the Seahawks posted a 10-6 record, but fell short to the eventual NFC Conference Champions Carolina Panthers 31-24. In 2016, the Seahawks posted a slightly improved 10-5-1 record, but once again took a loss in the Divisional Round this time to the eventual NFC Conference Champions Atlanta Falcons 36-20. Now they have a chance of stepping up their game this upcoming season and also have a chance at winning their second Super Bowl Title since 2013.