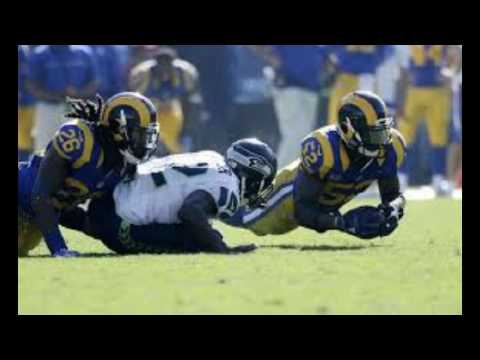 Greg Zuerlein kicked three field objectives – the longest a 47-yarder in the final quarter – and the Los Angeles Rams vanquished the Seattle Seahawks 9-3 on Sunday that denoted the arrival of genius football to the country’s second-biggest business sector without precedent for about 22 years.

A lot of punishments backed off the diversion for the reported horde of 91,046 on a burning day at the Los Angeles Memorial Coliseum, where the Rams denoted the hotly anticipated event by wearing blue-and-gold return regalia for their consistent season home introduction.

The Rams (1-1) are still without a touchdown in the wake of losing 28-0 at San Francisco in their season opener. With field objectives representing all the offense, it was not really the high-scoring show Los Angeles sports fans are known not.

On occasion, the dull thunder of prattle was the loudest sound from the group until the final quarter when they were on their feet cheering the Rams’ guard.

Alec Ogletree recuperated a mishandle via Seattle’s Mark Barron at the Los Angeles 29 with 57 seconds left in the diversion, finishing the Seahawks’ last scoring offer.

Both groups put on a guarded slugfest, with leaves getting softened behind up the end zone, hostile drives finishing in punts and neither one of the quarterbacks airing it out much.

Seattle’s Russell Wilson was 22 of 35 for 254 yards, getting sacked twice. He had sprained his right lower leg in a week ago’s win over Miami.

The triumph broadened the Rams’ late strength against their NFC West adversary. They’ve won four of their previous five against the Seahawks, including both diversions last season. The Rams’ guarded line has sacked Wilson 18 times in the previous five gatherings.

Zuerlein put the Rams in front 6-3 on a 20-yarder with 1:04 left before halftime. Ahead of schedule in the fourth, he made it 9-3 on his longest kick of the diversion.