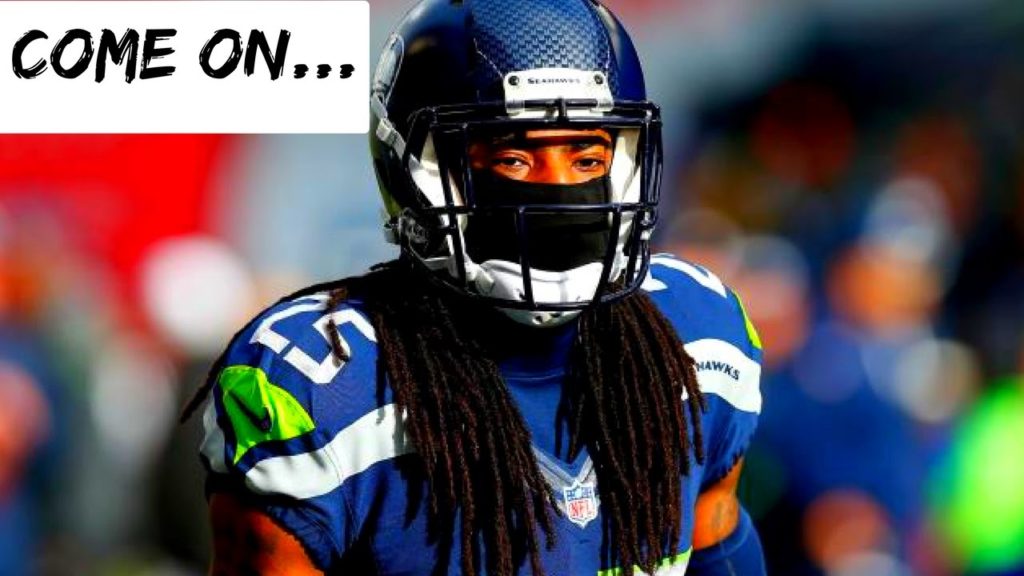 Seattle Seahawks Might Lose Their 2nd Round Pick For Not Reporting Richard Sherman’s Injury !

That could be quite costly to Seattle.

ESPN’s Adam Schefter reported that the league is considering taking a second-round pick away from the Seahawks for not reporting Sherman’s knee injury on any injury report. ESPN’s Chris Mortensen said that the Seahawks had already been docked a fifth-round pick for OTA violations, and the NFL could bump that penalty up to a second-rounder when it adds the Sherman violation.

Carroll said this week that Sherman had a sprained MCL.

“I didn’t realize that we hadn’t even revealed it,” Seahawks coach Pete Carroll said, according to the team’s transcripts. “I don’t even remember what game it was, it was somewhere in the middle, he was fine about it, he didn’t miss anything. Same with Russell [Wilson], he was fine about it. I don’t know how they do that, but they did.”

The Seahawks will likely argue that Sherman didn’t miss any games and wasn’t in danger of doing so, so there was no violation.

“He never missed anything, just like Russell [Wilson], Russell never missed anything and Tyler [Lockett], they all had it during the course of the season and they just made it through it,” Carroll said. “They never complained, they didn’t want to miss a practice and they basically didn’t miss anything but they were legit, it was legit injury, it showed up and the whole thing.”

Sherman didn’t miss a game despite the injury, and hasn’t missed a game his entire NFL career. It still might end up being a significant injury for the Seahawks.

Let me know what you think !
——————
Definitely Subscribe BOY :
https://www.youtube.com/channel/UCmk6x_0bXEaitOovr7gKXPg

{ I know that there is a lot of production mistakes that could be fixed, but cut me some slack. This YouTube stuff is kind of difficult, but don’t worry I’ll level up with each and every single video ! }

► “Copyright Disclaimer, Under Section 107 of the Copyright Act 1976, allowance is made for ‘fair use’ for purposes such as criticism, comment, news reporting, teaching, scholarship, and research. Fair use is a use permitted by copyright statute that might otherwise be infringing. Non-profit, educational or personal use tips the balance in favor of fair use.”
Category
Sports