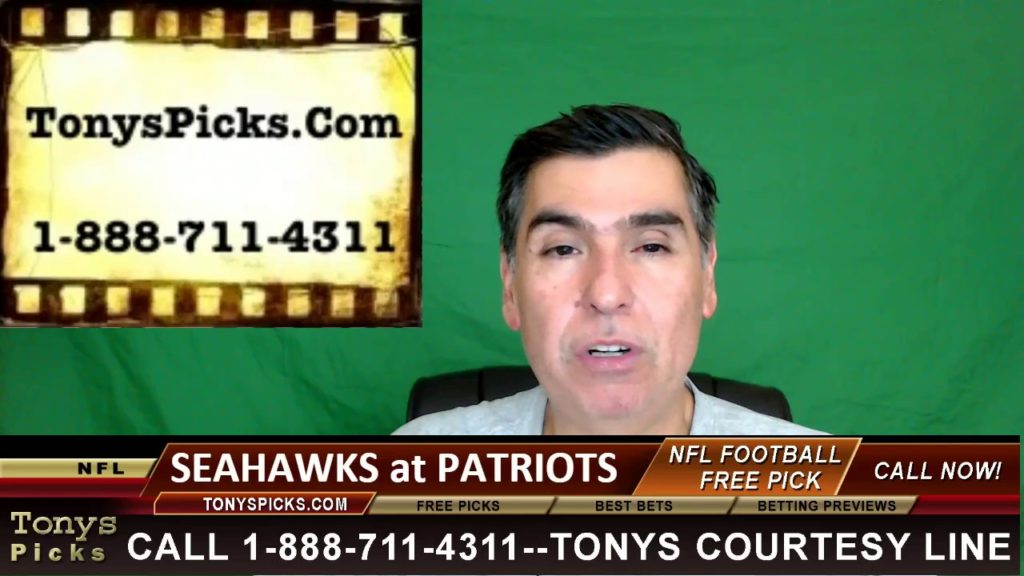 The Seattle Seahawks will make the long journey out east to meet the New England Patriots in an NFL pro football game on tap for Sunday night.

Notes: Seattle improved to 5-2-1 following the 31-25 home victory to the Buffalo Bills as a -5 ½ point betting favorite. The total went over 43 ½ points. The Seahawks held off a Bills rally late as Seattle forced Buffalo to turn the ball over on downs in a goal to goal drive with seconds remaining. They put up 278 offensive yards with 33 on the ground on 12 carries. Russell Wilson hit on 20 of 26 passes for 282 yards with two touchdowns. The team was 4 of 4 inside the red zone and had a +1 turnover margin. On defense Seattle allowed 425 yards to the Buffalo offense with 162 rushing. Seattle allowed quarterback Tyrod Taylor to throw for 289 yards with a touchdown and pick.

New England entered their bye week with a record of 7-1. They come off the 41-25 road victor at the Buffalo Bills as a -5 ½ point wagering favorite. The total went over 48 points. It is now a four game win streak all when Tom Brady came back from suspension. The Patriots built on a 24-10 halftime lead. They generated 357 offensive yards with 72 on the ground. Brady hit on 22 of 33 passes for 315 yards with four touchdowns. The team was 3 of 4 inside the red zone. On defense New England allowed 376 yards to the Buffalo offense with 167 rushing.