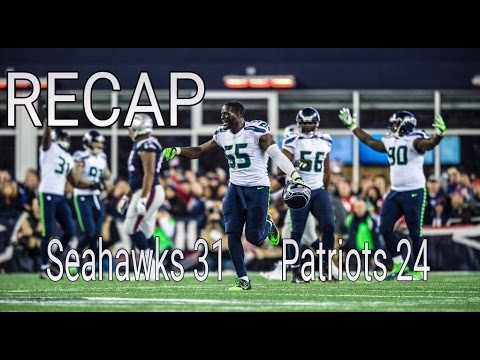 Dylan Of TheBottomLineview Recaps, Reviews & Discusses the action of the Sunday night football game between the Seahawks and the Patriots on November 13 2016 Final Score raiders defeat Broncos 30-20

The Seahawks and Patriots played another classic game tonight. The Patriots played great offense, but the Seahawks played even better defense, especially around the goal line. This game is going to shake up the NFL rankings and will could be a Super Bowl matchup!

Thank You for Watching !!