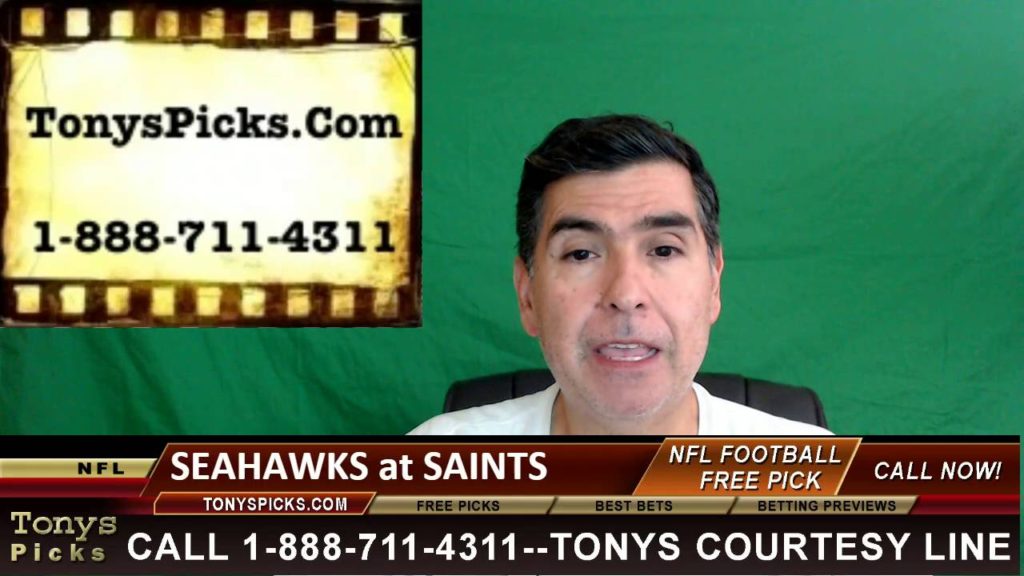 The Seattle Seahawks will travel to battle the New Orleans Saints in an NFL pro football game on tap for Sunday.

Over Under Total: 48 points

Seattle is 4-1-1 with the 6-6 tie on Sunday night football at the Arizona Cardinals as a +2 ½ point betting underdog. The game total went under 43 points. Each team missed a game winning short field goal in the overtime period. The Seahawks put up 257 yards of offense with 52 running on 19 carries. Russell Wilson hit on 24 of 37 passes for 225 yards but engineered no touchdowns in two red zone drives. Neither team committed a turnover. A blocked punt by Seattle late in the fourth quarter set up the game tying field goal in regulation. On defense the Seahawks allowed 443 yards to the Arizona offense with 342 yards passing to Carson Palmer.

New Orleans falls to 2-4 with the 27-21 road defeat to the Kansas City Chiefs as a +7 point underdog. The game total went under 51 ½ points. The Saints nearly fought back from a 21-7 halftime deficit. They generated 463 offensive yards with 104 rushing. Drew Brees hit on 37 of 48 passes for 367 yards with three touchdowns and a pick. The team was 3 of 4 inside the red zone. On defense New Orleans allowed 326 yards to the Kansas City offense with 214 yards passing with two touchdowns to Alex Smith.