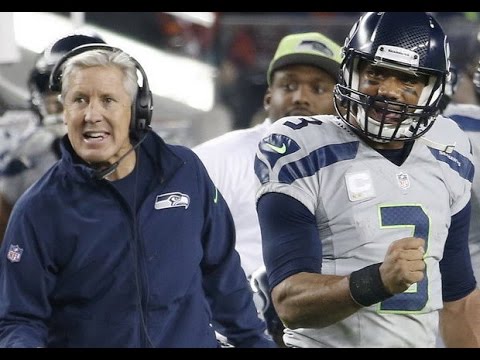 The Seahawks extended their lead to 16-7 after a 21-yard field goal by Stephen Hausckha with 3:50 remaining. The big play was a 33-yard pass from quarterback Russell Wilson to wide receiver Tyler Lockett down to the Philadelphia 3.

It was vintage Russell Wilson on the Seahawks second touchdown. On a third–and-15 from the Eagles 35, Wilson scrambled to his left and found tight end Jimmy Graham at the Eagles 15. Graham broke a tackle and ran into the end zone for the touchdown to give the Seahawks a 13-7 lead with 8:20 remaining.

Philadelphia Eagles quarterback Carson Wentz threw a four-yard touchdown pass to tight end Zach Ertz and the Eagles took a 7-6 lead against the Seattle Seahawks early in the second quarter.

The Seattle Seahawks running back C.J. Prosise breaks out for a 72-yard touchdown run to give the Seahawks a 6-0 lead against the Philadelphia Eagles with 11:02 remaining. Prosise took the handoff up the middle, but cut to the outside and broke into the clear at the 40 and raced down the right sideline for the touchdown.

Prosise’s run was the longest play of the year for the Seahawks and the longest run ever in CenturyLin Field.

The Seahawks (6-2-1) gritted out a tough but season-defining win at New England, but they can’t afford a letdown against the Eagles. The offense is getting back on track now that quarterback Russell Wilson is getting healthy. The Seahawks are still looking for their running game to emerge, but the return of Thomas Rawls and emergence of rookie C.J. Prosise should help.

The Eagles (5-4) got a much-needed win against Atlanta to snap a two-game slide. The Eagles defense stifled the best offense in the NFL and the offense controlled the game with 208 yards on the ground.

Here’s everything you need to know to watch the game, or follow along as we bring you the latest score, live updates, photos and video highlights in the comments section below.

What: Seattle Seahawks vs. Philadelphia Eagles

Watch online: You can watch the live stream on the NFL’s mobile app or DirecTV’s NFL app. If the NFL Network is part of your cable package, you can also live stream the game through the NFL app on XBox, Apple TV, or Roku device on your TV.

Follow along as we bring you live updates and analysis from the game from kickoff through the final whistle in the comments section below. Have thoughts on how the Seahawks and Eagles are performing? Don’t hesitate to jump in on the live updates and chat with us as the game rolls along.