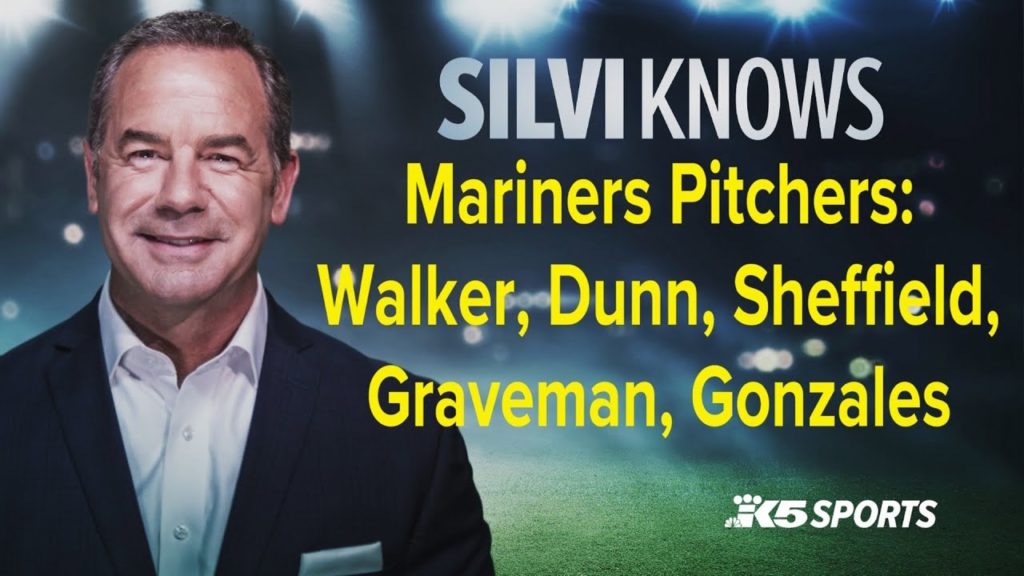 After spending some time with the Mariners at spring training, it’s easy to see why there’s some excitement around the young core of players coming up through the organization.

That core of players includes some promising young pitchers who may make the final 26-man roster. The starting rotation is taking shape early in camp, led by number one starter Marco Gonzales.

We talked to Gonzales as well as four other pitchers who are favored to earn a spot in the rotation.

On the latest Silvi Knows podcast, you’ll hear from each of the pitchers as we let you in on their mindset as they not only compete for a roster spot, but as they approach another challenging season as the team continues to grow and gain experience.

Taijuan Walker (1:48) and Justin Dunn (6:38) are likely competing for the job of 5th starter. We also talked to 23 year-old Justus Sheffield (13:00) who has been penciled in as the fourth starter.

Kendall Graveman was the Opening Day starter for the Oakland A’s in 2017 and 2018, but is coming off Tommy John surgery to compete for the third spot in the Mariners’ starting rotation. Graveman talks about the perspective he gained during his year away from baseball, rehabbing for a comeback (17:00).

We wrap it up with Gonzales (22:00) who was the Mariners’ workhorse last season, pitching over 200 innings and winning 16 games. His own manager, Scott Servais, said that was tough to do for a team that finished last in the AL West with just 68 wins.

How much pressure is on the staff to keep the Mariners in contention this season? Take a listen to the Silvi Knows podcast.