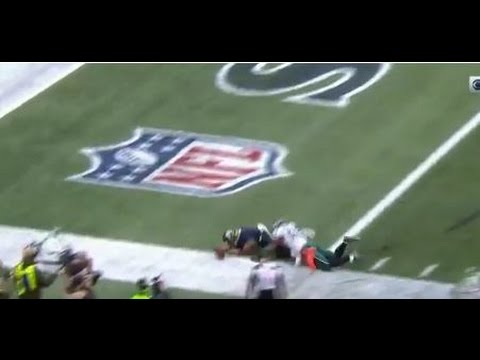 Is this bizarro world? Seattle Seahawks quarterback Russell Wilson is normally throwing touchdowns passes, not catching them. Yet, during the game against the Philadelphia Eagles on Nov. 20, Russell pulled off a trick play that resulted in him making an epic catch! Click to watch.

The NFL just saw some straight-up tomfoolery. Russell, 27, was able to pull off this switcheroo thanks to wide receiver Doug Baldwin, 28. During the third quarter, with 7:39 left, the Seattle Seahawks were 1st and goal. It seemed that it was the perfect time for some magic. The Philadelphia Eagles clearly didn’t know what was happening, as they weren’t able to predict the play. That lack of foresight would result in doom!