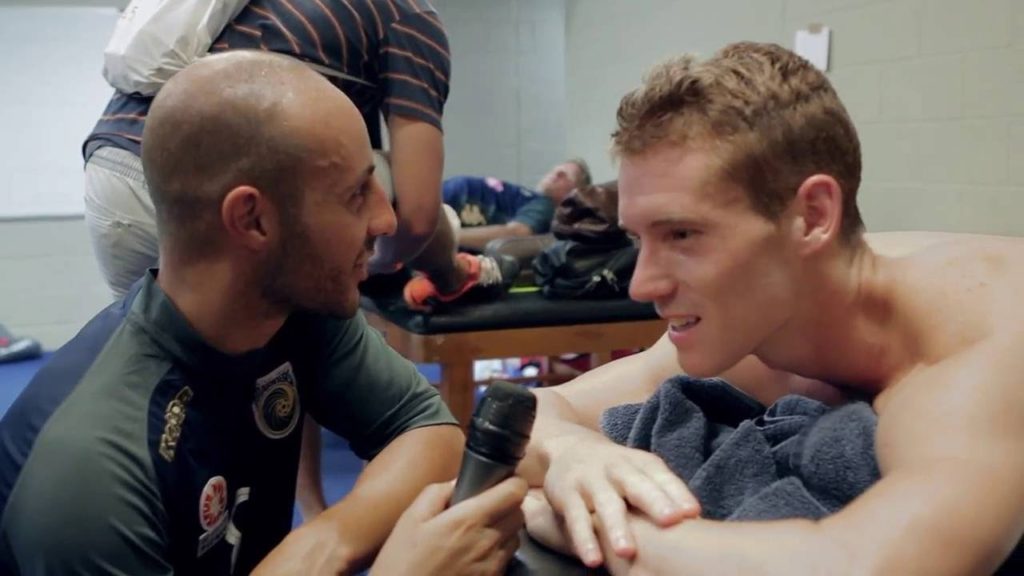 The Code – Life With The Mariners – Series 4 Episode 7

Stand-in head coach Phil Moss attends to his weekly radio slot on 2GO, and Lawrie McKinna fills us in on Tom Rogic’s latest European adventures. Brad McDonald demonstrates a unique ritual between himself and the players which helps in building a special bond between them. Also, a rare but heartfelt apology is made during the Monday training session, allowing the team to move on from the difficult Adelaide trip. Local boy Oliver Bozanic explains the often difficult journey to professional football; and three of the team’s elder statesmen introduce their families to the Australian Reptile Park at Sommersby before taking on the dangerous Newcastle Jets at a wet and windy Bluetongue Stadium.